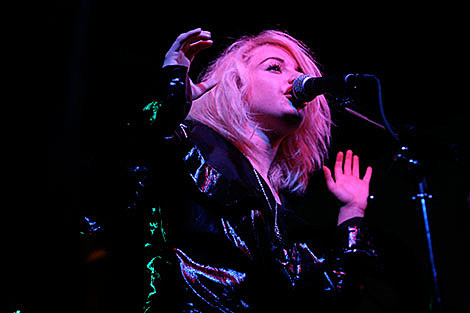 "I had a photo shoot for a big fashion magazine thing yesterday [October 26, 2008], I've never really done anything like that before so it was kind of weird, within about 5 minutes I had 6 people descend on me involving things like this:

Yeah I know, I have no idea either, it was a bit like Stars In Their Eyes except I wasn't quite sure who I was supposed to be at the end. Anyway it was quite an experience. After that we legged it to soundcheck at The Annex for the NME Showcase but unfortunately we were already too late and it turned out half of our techy stuff wasn't working not to mention my throat is still in ruins but we got through it and there was a good crowd. I tried to teach them the phrase "put a donk on it" but I'm not sure if New York is quite ready for that!

Stayed around to watch Passion Pit, by which time it was absolutely rammed. They were good, I like some of their songs a lot, one about 'tears like diamonds' which I think is a nice phrase."
[Little Boots]

That CMJ blog entry on NME explains why Little Boots' hair looks so different than it did in the pictures from her show the night before The Annex, and two days after The Annex. More pictures from that show, and a couple of newly scheduled US dates, below... 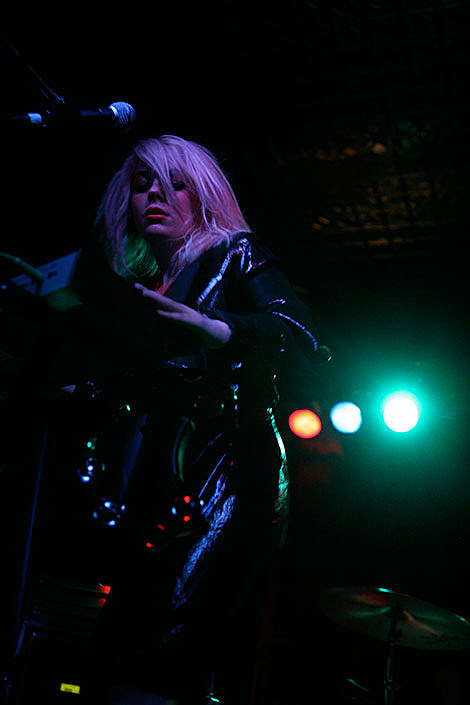 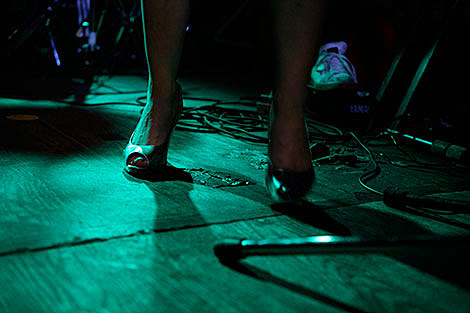 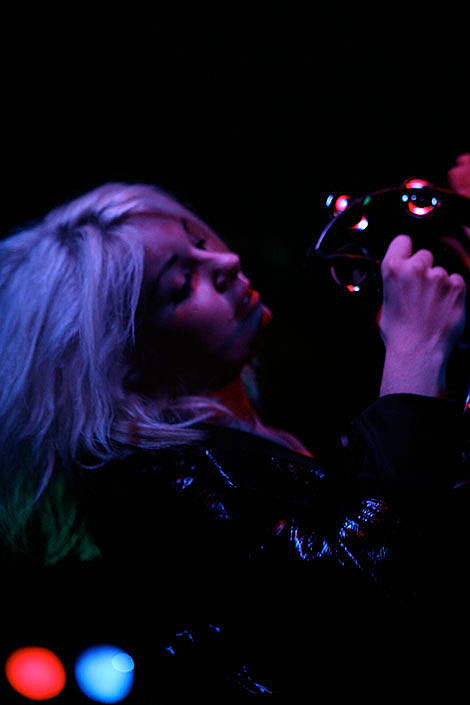 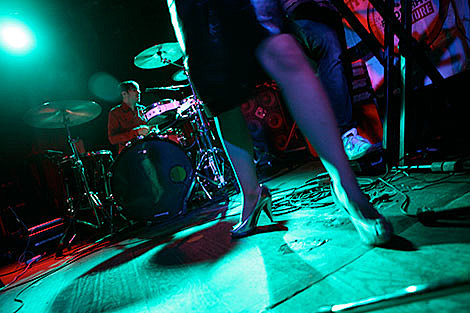 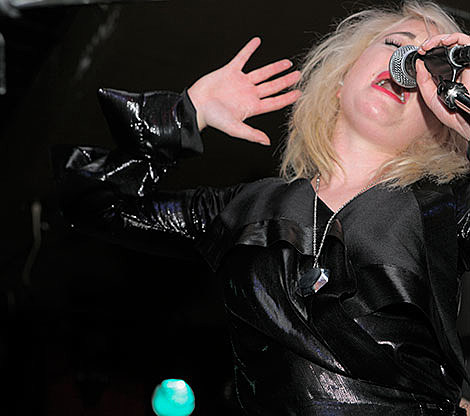