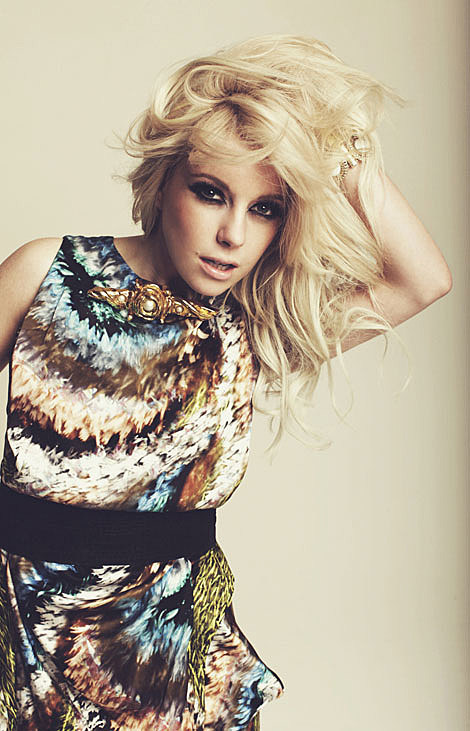 Blackpool pop sensation Little Boots is in talks with Yamaha to create a keyboard that will excite budding musicians as much as a guitar.

The 25-year-old, who has just supported Kasabian at the Camden Crawl uses a Yamaha Tenori-On handheld music sequencer live on stage.

Little Boots, real name Victorias Hesketh said: "I'm really quite nerdy. It's a great ­visual aid - so much better than just another laptop.

"We're working with Yamaha to create a special one to take out to festivals.

"So often people think it's just robots and machines.

"To me it should be just as exciting as seeing a great guitar player. That's what I'm trying to do." [Click]

Hopefully this new Tenori-On works better than the current one she's using. At the singer's Studio B show in February, we reported that her onstage sequencer was having "technical problems."

Maybe she'll also have the new toy...erm, instrument, on hand at her upcoming NYC show at Le Poisson Rouge on Monday, May 18th. That new show comes sandwiched between a string of UK/European shows (though there may be just enough time for another gig to spring up). Openers include Hearts Revolution, who played Studio B in March, and DJ Dave P, of the NYC-dance staple FIXED. Tickets for the show are on sale.

Hands, Little Boots' debut album, is due in early June on Atlantic. She'll also be putting out an EP, Illuminations, on June 8th. Her record is being producted by "Greg Kurstin [of The Bird and the Bee] who is also producing her EP with Joe Goddard of Hot Chip."

Full track list of that EP with Little Boots' new video for "New In Town," her album's first single, and a YouTube-ready cover of Sugababes' "Overload," below... 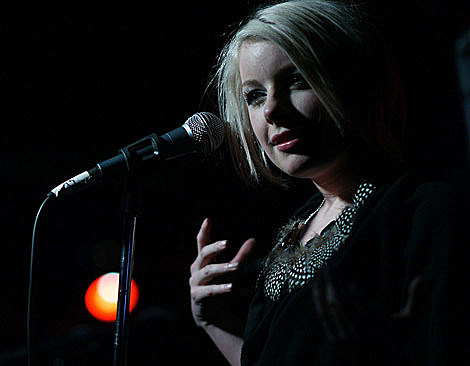