DOWNLOAD: Dragonette - Pick Up The Phone (Van She remix) (MP3) 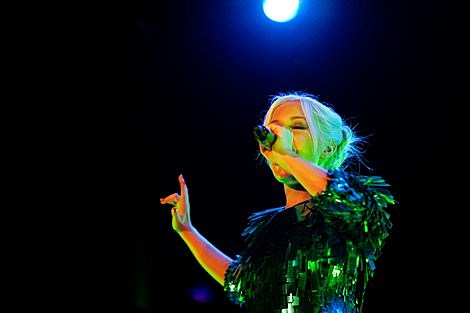 Little Boots has announced openers and additional dates on her upcoming North American tour. That includes Coachella and the previously announced NYC show on March 2nd at Highline Ballroom. Opening that will be Body Language, JDH & Dave P of FIXED and Fan Death (the latter of which open more dates on the tour) UPDATE: Fan Death cancelled their appearance on this tour. Tickets are still on sale and we have a pair to give away. Details are below.

The show coincides with the US release of Little Boots' debut album, Hands, on Elektra Records, which comes almost a year after its UK release.

Class Actress (Brooklyn's Elizabeth Harper and band) just released their debut EP, Journal of Ardency, on Terrible Records (co-run by Chris Taylor from Grizzly Bear). She recently played a Glasslands release party for that album, and plays again tonight (2/9) with Yeasayer and Javelin at MHOW. More tour dates are below.

Contest info and tour dates for all the bands are below...

TO ENTER FOR A PAIR OF TICKETS TO see Little Boots on March 2nd at Highline Ballroom, e-mail "bvcontests@hotmail.com" with the subject line "Little Boots". Include your first and last name. One winner will be picked at random.