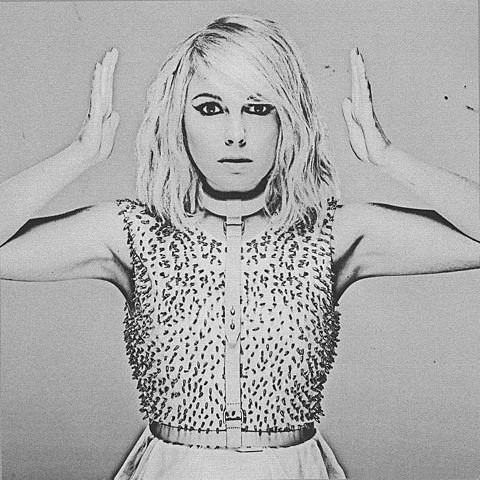 Little Boots, who back in 2008, made everybody want one of those Tenori-on light-up sequencers, is finally ready to put out LP #2 which will come out sometime in 2013. The record still doesn't have a title (or she hasn't told anybody what it is) but recently told This is Fake DIY about it:

I have spent a lot more time and care on the songs and production, it definitely feels more representative of me of an artist, at least now in 2012. It's less 80s synth pop influenced, it's quite an upbeat album, which I think has stemmed from the fact I have been DJing a lot, and listening to a lot of dance music.

If you don't want to wait till next year to hear some new Little Boots, she's playing NYC tonight (12/14) as part of the Girls & Boys party at Webster Hall. It's the Big Apple debut of her new all new club show, Little Boots Discotheque, which is "LB old and new, remixed and re-charged with live vocals, extra gadgets and synth goodness, ushering in a new era of dancefloor devotion." Tickets are still available.

Flyer for tonight's show, that also features Doorly, is below. 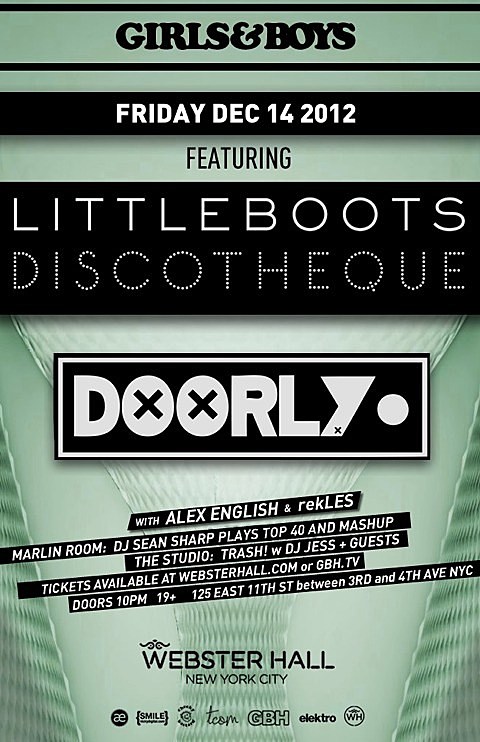