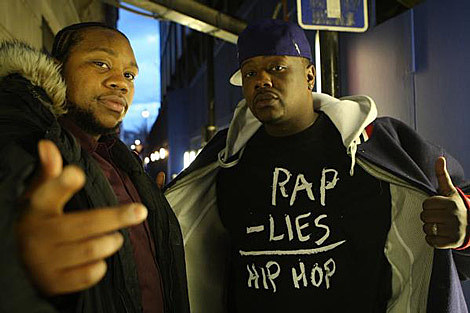 It's the end of the road for Little Brother, who have released their final album, Left Back. 9th Wonder is long gone from the scene (Khrysis handles the bulk of the duties), but Phonte and Big Pooh will hit the road for a string of dates in celebration of the release, starting with Hiro Ballroom tonight (May 11th). The bill is rounded out by Black Milk, Torae, Joe Scudda, Chaundon, Jozeemo, and DJ Mick Boogie. Tickets are on sale.

It's one of two NYC shows for Phonte, who will be back in the NYC area with his Foreign Exchange project (with DJ Nicolay) at BB King's on June 6th. Tickets are on sale.

All tour dates and a few recent Little Brother videos are below...