Little Dragon at MHOW in 2011 (more by Amanda Hatfield) 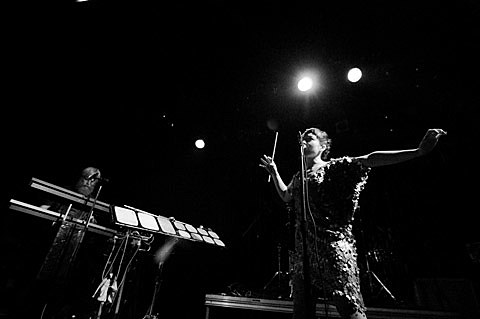 As mentioned, Little Dragon will be playing some dates in the US and Canada this August, including HARD Festival, Lollapalooza, Osheaga, and a free Celebrate Brooklyn show at Prospect Park on August 10 with Frankie Rose. After that show, they'll stick around Brooklyn to DJ Glasslands that same night (8/10). Admission is $10 with RSVP to rsvp@popgunbooking.com. If you're in Chicago, maybe you caught them DJing the bvChicago-presented show at Lincoln Hall this past May, which took place the same night they opened for Red Hot Chili Peppers there.