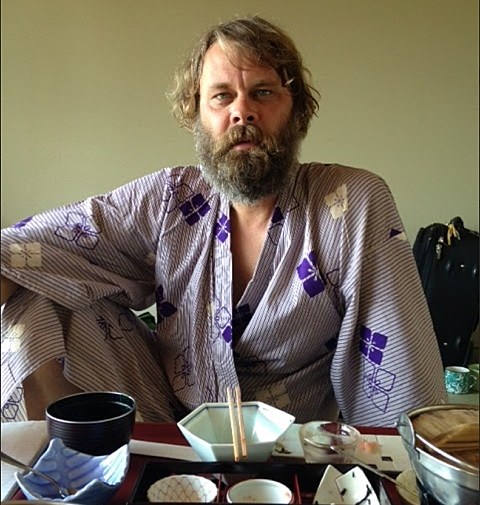 Fresh off his appearance at Alex Bleeker's Grateful Dead tribute show in Chicago, lo-fi folk vet Little Wings (aka Kyle Field) has announced a tour. Many of the dates are with the great Weyes Blood, including the NYC show happening September 10 at Rough Trade. Tickets for that show go on sale Friday (7/10) at noon. All dates are listed below.

Little Wings also recently released his 11th album, Explains, on Woodsist. Alex Bleeker had this to say about it:

Kyle Field, professionally known as Little Wings, is a living legend. He is the modern embodiment of the traveling bard and the singing troubadour. Kyle's discography is vast and impressive, full of tunes that are plucked from the lexicon of great American songwriting. On his latest effort, EXPLAINS, he crafts melodies so haunting and familiar; it's as if he's not composing them at all. He is tapping into something greater, acting as a vessel for the collective unconscious that is folk music.

This is an album that is immediately accessible and also unfolds slowly, revealing greater depth with each listen. Kyle's lyrics are direct yet poetic, funny yet sad. EXPLAINS is a fantastic record that celebrates the enduring spirit of a great artist. Its release on WOODSIST is all too fitting - a label whose very foundation seems based on lasting creative integrity.

Check out the video for "Light Brang" off that album, below.

You can also catch Weyes Blood in NYC TONIGHT (7/9) for FREE at her River Rocks show on Pier 84 with the great lineup of Waxahatchee and Speedy Ortiz. Doors open at 6, and Weyes Blood is on first at 7.

Little Wings dates and video below...