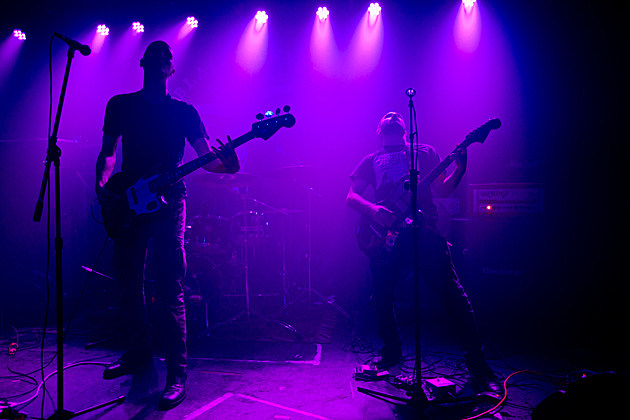 Earlier this year, when the usually-black metal band Liturgy released the first new single "Quetzalcoatl" from their new album The Ark Work (due 3/24 via Thrill Jockey), it was notable for being entirely not metal at all. Sure, metal snobs were quick to point out that Liturgy "were never metal" anyway, but this song was really not metal. This used to be a band with blast beats and abrasive screams. "Quetzalcoatl" is a clean-vocal industrial rock song. I was fully expecting the rest of the album to follow suit, but they actually surprised me.

It's still clean vocals, and it's still mostly not a metal album, but skins master Greg Fox brings back those blast beats on a handful of songs, while the rest of the band crafts more accessible, melodic music than the band was previously known for. That's especially evident on the new 10-minute single "Reign Array." Black metal fans will probably hate this comparison, but Liturgy have made an album that will likely be listened to by many people who don't normally listen to the genre, so here goes: if you like Deafheaven but you're not huge on the screaming, this song could be for you. Listen below.

Liturgy's upcoming tour includes a hometown show on April 15 at Saint Vitus, and openers for that have been announced. It's with new-music ensemble Mivos Quartet, and another band that toes the line between metal and non-metal, Psalm Zero. Tickets are still available.

Stream Liturgy's new song, with music from both Vitus openers and the full list of tour dates, below...