Liturgy in a moment of "om" 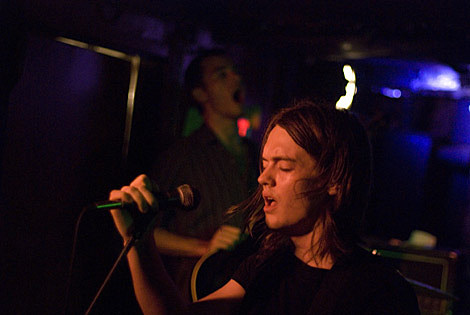 Liturgy's killer new album Renihilation has only been out around eight days now, and Hunter and the boys are already swimming in accolades. A short US tour kicks off next week, but until then look for them at one last hometown show to sate those who haven't seen them live and can't wait until The New Yorker Festival in October or Halloween with Malkuth and Mount Eerie.

Tonight (9/3) Liturgy will team up with Extra Life (mem STATS), Zs, and Larkin Grimm at Glasslands Gallery in Brooklyn.

Both Liturgy and STATS are alumni of BV-BBG events; Liturgy played Europa and STATS played the Show No Mercy/BV-BBG event at Public Assembly.

Speaking of bands that played BV-BBG at Europa, Howl are scheduled to play Europa on Sunday (9/6) with Toxic Holocaust. Tickets are still available.

The last time that Howl played NYC was at a FREE show at Fontana's, and ANOTHER one of those takes place TONIGHT (9/3)! Black Anvil will be celebrating the re-release of their awesome 2008 LP, Time Insults The Mind, on Relapse. The band will be joined by a very special guest and The Binary Code. Flyer is below, and again, it is FREE.

All Liturgy tour dates as well as flyers for Show No Mercy and the Black Anvil Fontana's show are below. 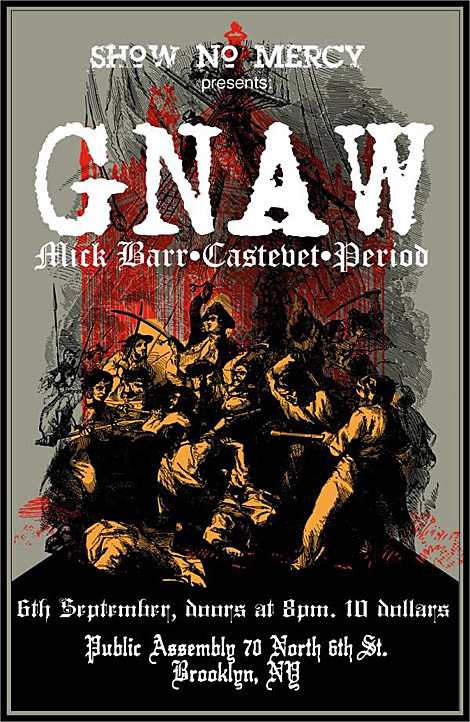 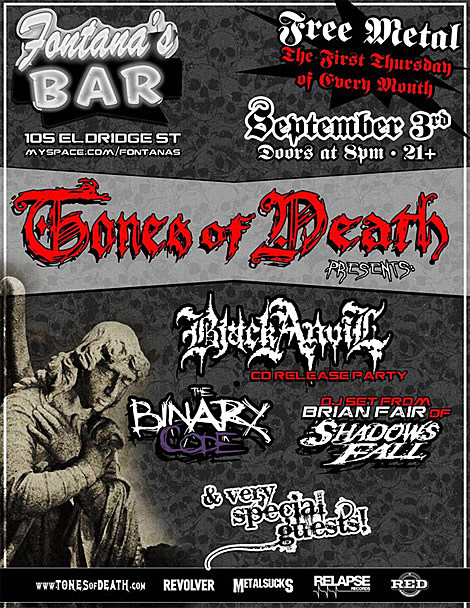