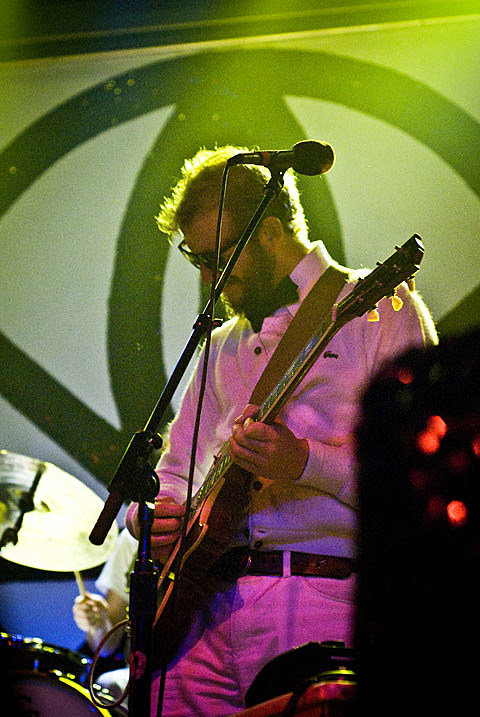 Gayngs have slightly updated their tour dates since we last spoke. Glasser will open all of them, and they've confirmed the following live lineup:

Ten of the twenty-plus contributors on the Relayted album will be there, including Justin Vernon and Mike Noyce of Bon Iver, ringleader Ryan Olson, Zak Coulter and Adam Hurlburt of Solid Gold. Jake Luck of Leisure Birds, Ivan Rosebud of The Rosebuds, Brad Cook and Joe Westerlund of Megafaun, and Mike Lewis of Andrew Bird and Happy Apple will all be there too!

Gayngs played their first show, "The Last Prom on Earth", in Minneapolis in May. Grab the Chromeoesque live version of "The Gaudy Side Of Town", that was recorded at that show, above. Two studio versions of songs from their debut album Relayted, which was released by Jagjaguwar in May, are up there too. "The Gaudy Side Of Town" video is below with all dates (including two happening in NYC which are still on sale).

Glasser's debut album "Ring" will be released by Matador/True Panther on September 28th. Check out "Home" from that album above.

And speaking of Bon Iver,

"The rumors are true. And then some. Bon Iver mastermind Justin Vernon laid vocals down on "at least 10 songs" during three separate week-long trips to record with Kanye West in Hawaii earlier this year. While it's unclear how many of those tunes will actually make Kanye's forthcoming record-- due November 16-- at least one, "Lost in the World", seems to be a lock. In fact, the track-- which features newly recorded vocals by Vernon as well as a prominent sample of his Auto-Tuned song "Woods"-- could very well be the as-yet-untitled album's next single, according to a Kanye Ustream broadcast that aired last week.

All this news comes courtesy of Vernon himself, who excitedly chatted with us about the collaboration yesterday. Talking about "Lost in the World", Vernon said, "We were just eating breakfast and listening to it and Kanye's like, 'Fuck, this is going to be the festival closer.' I was like, 'Yeah, cool.' It kind of freaked me out." Along with West, Vernon met and worked with Nicki Minaj, John Legend, and Rick Ross while in Hawaii. He said, "I was literally in the back room rolling a spliff with Rick Ross talking about what to do on the next part of a song. It was astonishing."" [Pitchfork]

BV reporter Frederico Rasperrini, like he did for WAVVES, spoke to Gayngs ringleader Ryan Olson backstage at Lollapalooza. Gayngs didn't play the festival, but Ryan was hanging out (he DJ'd an afterparty). Check out that video with the other video and all dates, and a NSFW Gayngs picture, below...

* it's a little hard to hear 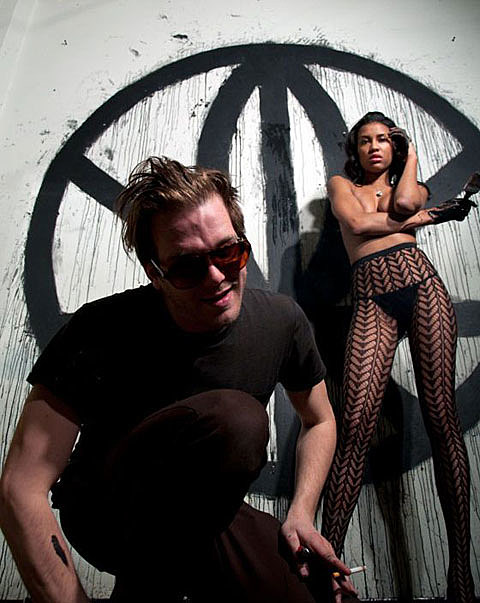