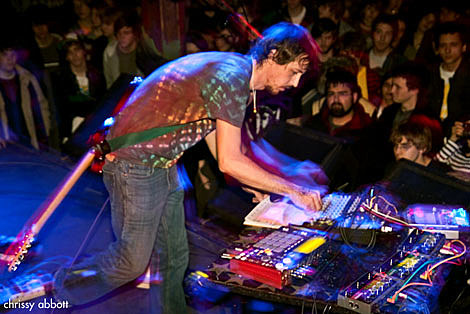 Deacon, or Joshua "Deakin" Dibb of Animal Collective, played his first ever solo show on the first night of the new decade here in Baltimore, Maryland. This show was a precursor to his trip to Africa, where he was invited to play the Festival au Desert in Mali.

This was the unveiling of his solo material, and part of an amazing evening at the Ottobar that included Jason Urick, Daniel Higgs, Zomes, and Moss of Aura. Deacon played five new songs, all of which he's decided to exist unnamed for the time being. [Bmore Musically Informed]

Taper Charlie Hughes recorded the show and posted the audio on Bmoremusic where you'll also find more pictures from the event.