Living Colour in black and white circa 1988 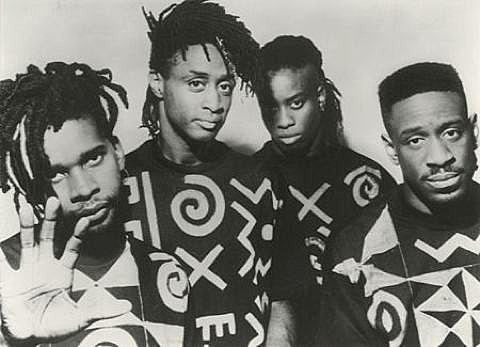 Living Colour's genre-breaking debut album Vivid, which spawned hits "Cult of Personality" and "Glamour Boys," is 25 years old this year and the band will be playing the album in full on tour this spring, including the previously-mentioned NYC show at Irving Plaza on April 6. Tickets are still available.

You can see them sooner than that when Living Colour joins 24-7 Spyz at Highline Ballroom on January 21 for a charity event called "Million Man Mosh." Proceeds go to benefit the legal defense of Spyz guitarist Rony Drayton's son Donovan who was recently released on bail after serving five years in Riker's Island without a conviction." Tickets are still available. Flyer for the show is below and you can read more about the case here.

A stream of Living Colour's Vivid, show flyer and a list of all tour dates are below. 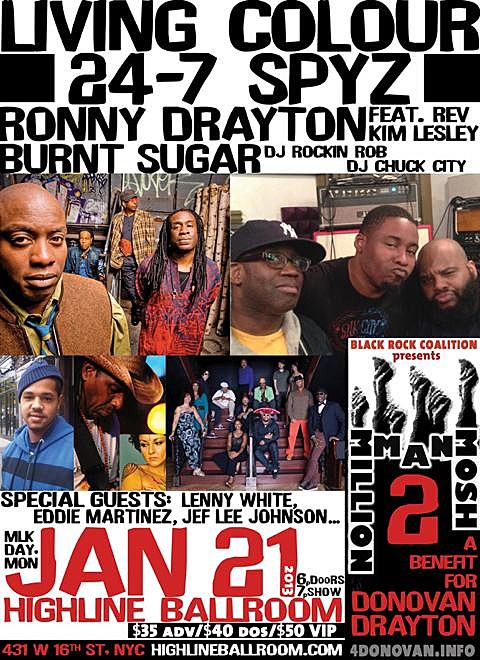