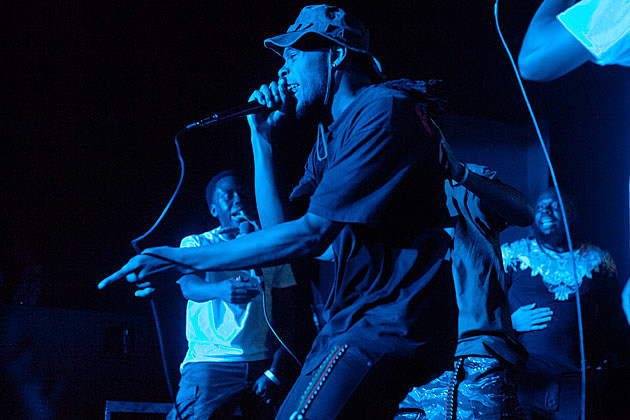 NYC rap crew Loaf Muzik (aka Oso Dope, Shine Sinatra, Shadow the Great and Kidaf) played the BrooklynVegan-curated Red Bull Sound Select show with Vince Staples back in August, and now they're the latest group to release a track for RBSS' series of collaborative singles. This one's with producer Harry Fraud, and he gives the song (titled "Camo Assassin") a psychedelic beat that all four rappers trade verses on. They're all very technically gifted (they namedrop Buckshot in the song, which may give you an idea of the kind of rappers they're channelling here), as you can hear for yourself below (via VIBE).

Loaf Muzik and Vince Staples team up again later this month for RBSS' 30 Days In LA.

Vince Staples, who we recently interviewed, also just announced another leg of tour dates (including Firefly Fest and Hangout). All dates, including the previously announced Brooklyn show, are listed below too...