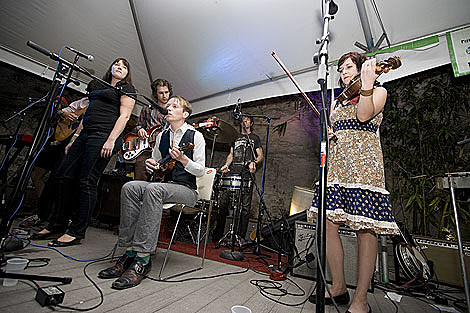 Despite a dry program description that made them sound like the walking history of roots folk, I was pleased to discover Loch Lomond as my new favorite band from Portland. When someone dressed straight out of your grandpa's high school yearbook walks out on stage, and the first words out of their mouths are "the sound of children laughing makes my eyes bleed," you can't help but fall in love. They obviously practice together a lot, because in a festival full of mediocre vocals, they harmonized five across with perfect pitch and timing, matched by precision musicianship that was full of personality. They knew they could rely on one another to be where they needed to be, and they never disappointed...That something "special" that every band needs: Loch Lomond has it in spades. [Alan Ranta, Tiny Mix Tapes]

That review, and some of the photos here, are from Loch Lomond's Sasquatch Music Fest set on Monday, May 25th. Earlier this year the band played the BrooklynVegan showcase at SXSW (at Club DeVille). The other pictures in this post are from that show. The last time they were in NYC was with the Decemberists (who are back to play Radio City this week).

In July, LL is heading out on tour with fellow Portlanders Blitzen Trapper (who is in turn are playing some dates with Wilco, Jenny Lewis & Fleet Foxes). All those dates are posted below.

Loch Lomond's latest release is the Trumpets for Paper Children EP, available for free through Hush Records. That EP collects tracks from the band's 2007 album, Paper The Walls, and 2006 album, Lament For Children.

Two new live videos from the band, recorded by Hush Records founder Chad Crouch in a converted Portland church known as "the Funky Church," are posted below -- "Witchy" off Paper The Walls and "Elephants and Little Girls" from the forthcoming Hush release Little Me Will Start A Storm... 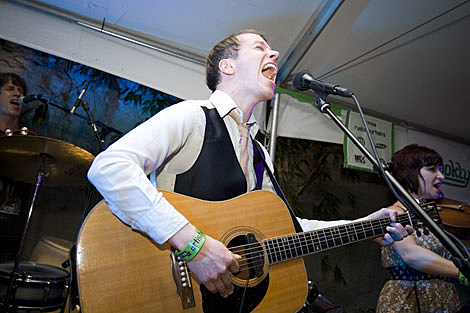 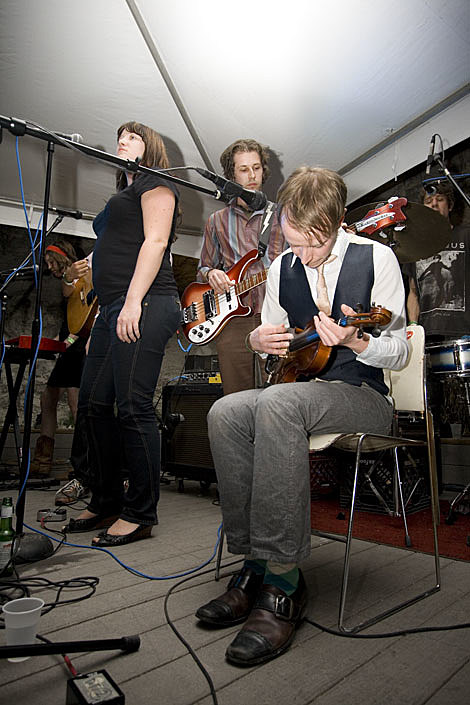 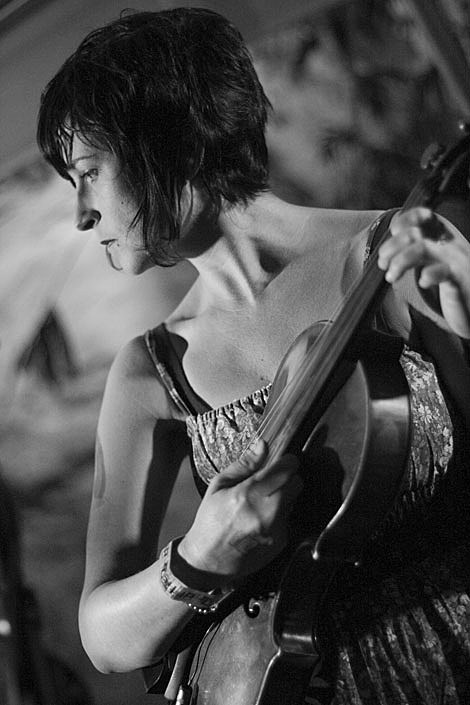 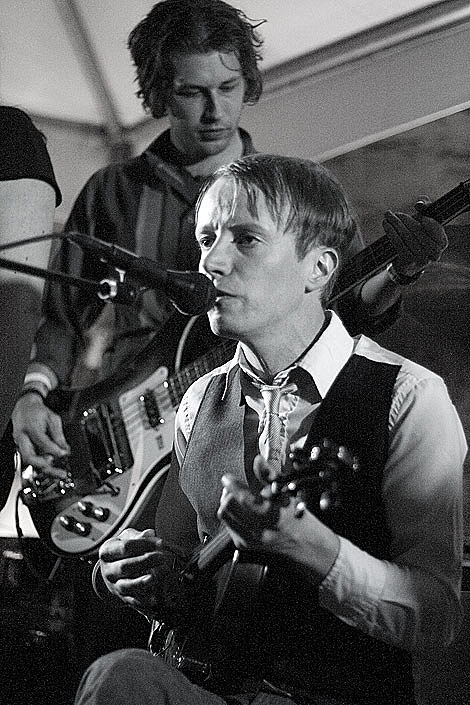 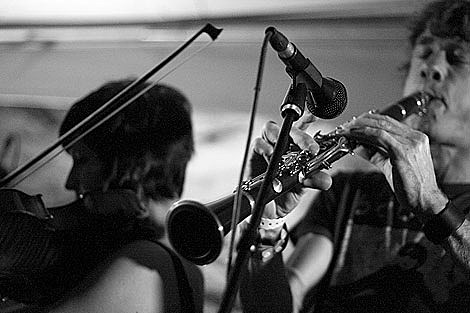 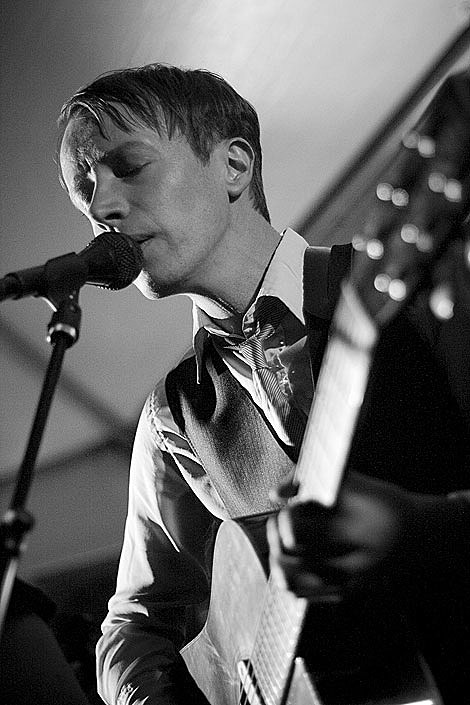 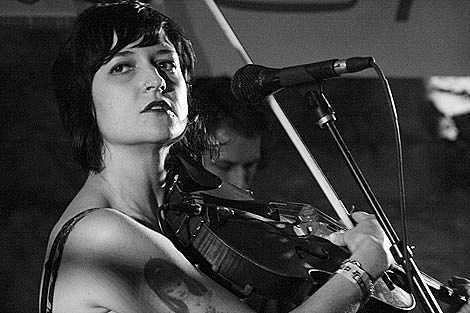 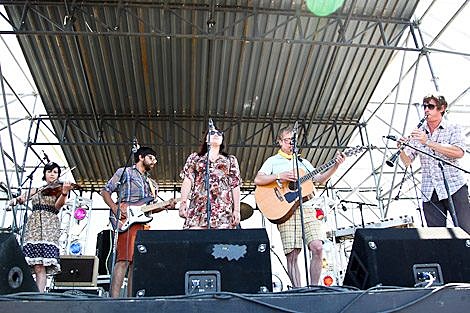 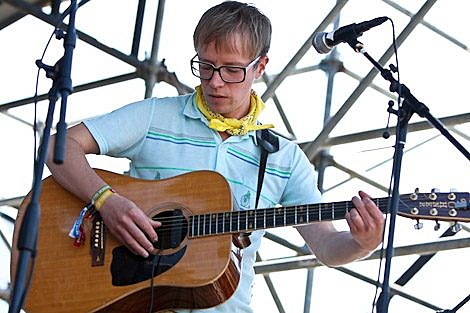 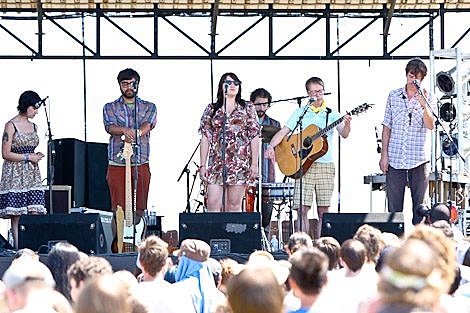