Shane Embury on stage with Venomous Concept (more by BBG) 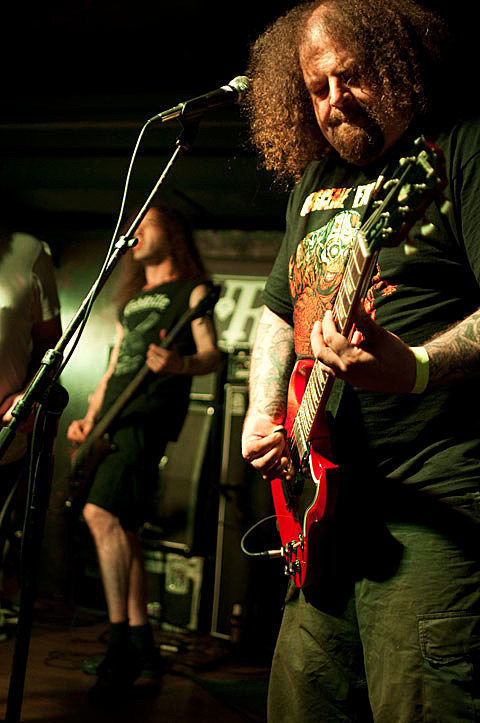 Lock Up have played very few live shows. In 2009, the band announced that they would play the Damnation Festival that year. The line-up featured Embury, Barker, Lindberg and Reisenegger. It was touted as the band's last ever live show; however, they later booked more shows for 2010. -[Wiki]

Lock Up, who is now Shane Embury, Nicholas Barker, Tomas Lindberg (At The Gates, Disfear, etc), and Anton Reisenegger (Chile's Pentagram, Criminal), cancelled their MDF appearance last year but will hit the road for a string of US dates this winter with Goatwhore (who just played Europa with Exhumed) and Strong Intention, including Europa on 2/16. Ticketing info and additional support are still forthcoming.

Lock Up - After Life In Purgatory