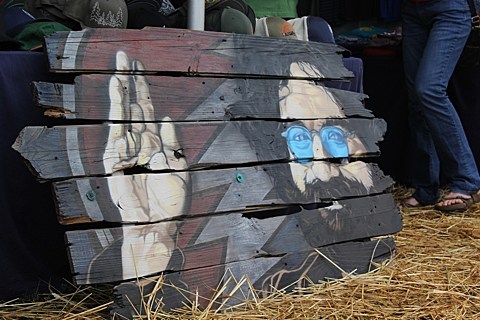 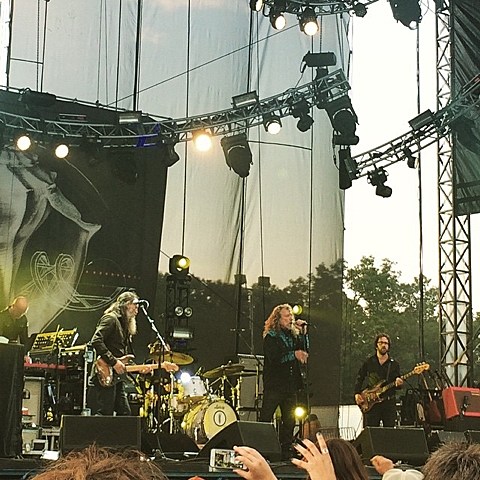 Virginia's Lockn' Festival continued on Saturday (9/12) after kicking off on Friday. After yesterday's Jefferson Airplane set, Jorma Kaukonen and Jack Casady returned to the stage early for an acoustic Hot Tuna set in the afternoon. I caught a bit of that and they sounded great as always, but like Friday I didn't fully start my day until later on.

The first full set of the day I saw, and maybe the best thing I've seen this weekend so far, was Robert Plant & the Sensational Space Shifters. The band includes keyboardist John Baggott, who's worked with Massive Attack and Portishead, and bassist Billy Fuller who works with Portishead's Geoff Barrow in BEAK>, which makes a whole lot of sense considering how modern the Sensational Space Shifters sound. Even when they played an old blues song that Plant said dated back to the '30s, they threw in futuristic synths that made it sound unlike any particular era. All of the Led Zeppelin songs they played were revamped to fit into their set too. They simplified the "Black Dog" riff, but made it thicker and just as fun. They played up the trippy elements of "Dazed and Confused" with airy atmospheres and lengthy solos. Plant told a story of the inspiration Zeppelin took from the blues, and then played "Whole Lotta Love" as a medley between Willie Dixon/Muddy Waters' "I Just Want to Make Love to You" and Bo Diddley's "Who Do You Love?".

As much as there's a desire to hear those songs exactly the way you remember them, the new arrangements really did breathe new life into them. And when you're seeing songs that classic mixed with new material, it's pretty common to get bored during the new ones. But the stuff the Sensational Space Shifters played off last year's lullaby and... The Ceaseless Roar was genuinely great. Plant's working with a super interesting band and that undoubtedly helps, but he's also still a total star on stage, he's funny, and his voice is in killer shape. Plant does it again at Lockn' tonight, this time as the headliner.

After Plant it was the very jammy Widespread Panic, who were pretty undeniable at times but could get kinda boring at others. But the real treat of their set was when they brought out reggae legend Jimmy Cliff to sing lead on their last six songs. They played exclusively off Cliff's classic The Harder They Come, including the title track, "Sitting In Limbo," "You Can Get It If You Really Want" and "Many Rivers to Cross," and then ended with two covers: The Clash's "The Guns of Brixton" and Johnny Nash's "I Can See Clearly Now" (a huge 1993 hit for Cliff via the Cool Runnings soundtrack). 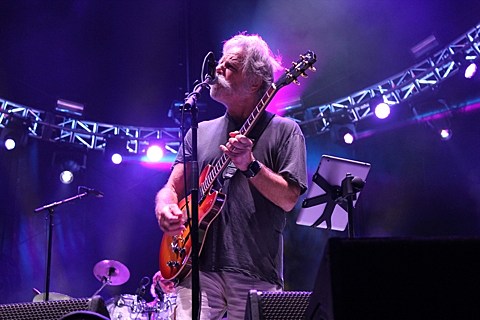 Then it was more Grateful Dead, and a lot of it. Bob Weir sat in as a guest lead singer/guitarist for his bandmate Bill Kreutzmann's band Billy & The Kids, and like Phil Lesh did on Friday, they loaded their set with Dead staples. I liked Phil's setlist more, but having an actual Dead member handle the vocals (rather than a Black Crowes member) pushed this one over the edge for me. We got the Dead classic "Wharf Rat," a good amount off Weir's Ace album, the frequently-covered "Dancing in the Street" and "Not Fade Away" and more. Like with the previous day's Phil Lesh & Friends set, all the musicians were on point and all the extended jams sounded like the Dead's old days. More so than Phil's set, Billy & The Kids went off into triiiiiiiippy territory too. For the last two songs, the amount of Dead members on stage was upped when Mickey Hart came out to join them. And while Phil sadly did not, they did segue set-closer "Not Fade Away" right into the Phil Lesh & Friends set that started immediately after on the adjacent stage.

Friday's Phil Lesh & Friends set was great, but not nearly as star-studded. Fellow San Francisco legend and Woodstock alumnus Carlos Santana was on lead guitar, and they also had Warren Haynes (Allman Brothers Band, Gov't Mule) splitting lead vocals with Dead family keyboardist Rob Barraco. Not that the Dead were ever the most technically skilled singers, but they had a specific style for sure and Warren and Rob nailed it. After "Not Fade Away" they went right into the night's first stone-cold classic, "Scarlet Begonias," followed by a couple covers and then right back to the Dead faves. Strangely enough, even with Bob Weir in the house, Phil finally took the mic to do Bobby's "The Other One," which they took into the timeless "Fire on the Mountain."

The best moment of the set wasn't a Dead song though, but a cover of Bob Dylan's "All Along the Watchtower." More than any other song, that's the one where it clicked that I was watching Carlos fucking Santana on lead guitar. I'm sure Trey was great at the GD50 shows, and maybe John Mayer will be good at the Dead & Company shows, but I doubt the Dead members will have a better guest lead guitarist at a show this year than they did last night. Santana ripped those "All Along the Watchtower" solos like the true master of his form that he is. He took cues from Hendrix's version, but he made it his own. Just watching his fingers go brought you right back to Abraxas and made you forget that "Smooth" featuring Rob Thomas ever happened. To close things out, Phil & Friends gave us a rendition of the beloved "Dark Star" and then brought things full circle by reprising "Not Fade Away."

More pictures and setlists below... 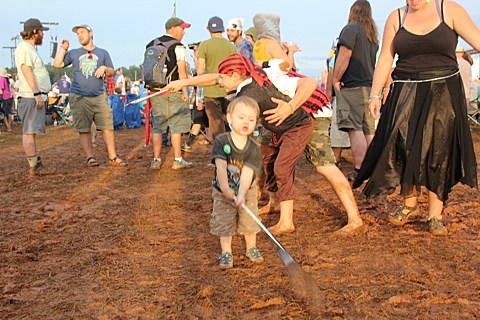 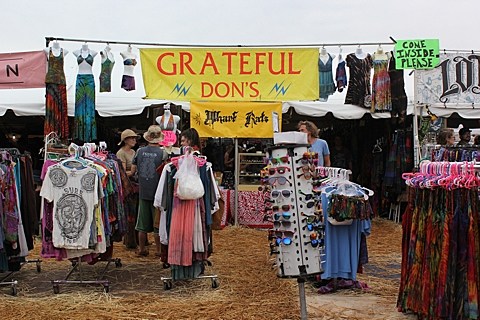 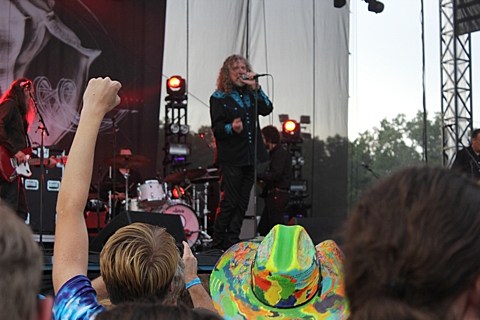 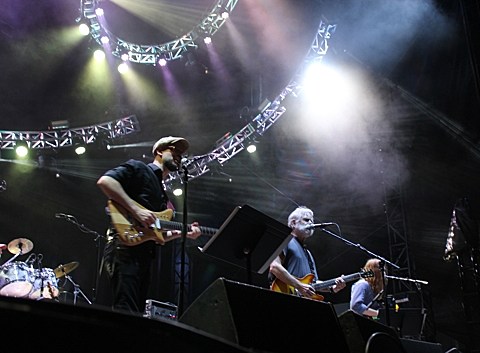 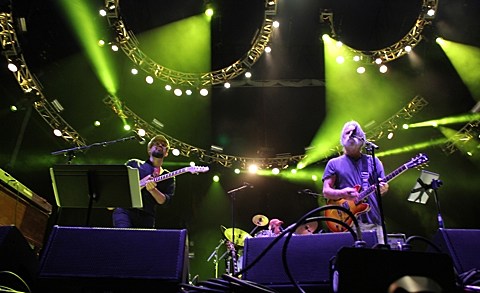 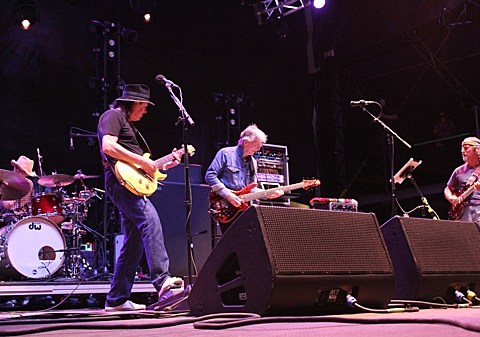 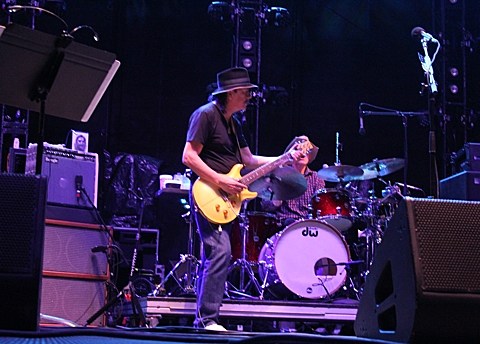 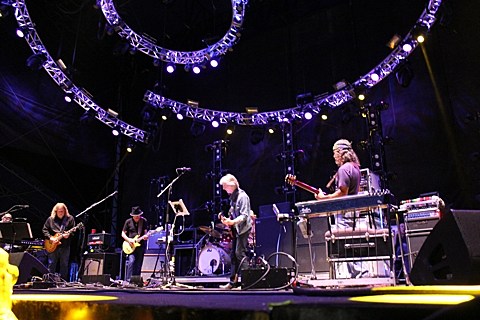 What a grate day. #lockn

lockn is for lovers ❤️

The full setlist. Terrapin with Mickey Hart had to get cut for time. Sorry guys. #deadandkids #billyandthekids #bobweir

Phil Lesh & Friends Setlist (via)
Not Fade Away
Scarlet Begonias
Hard to Handle
Good Morning, Little Schoolgirl
New Speedway Boogie
The Other One
Fire on the Mountain
Death Don't Have No Mercy
All Along the Watchtower
Dark Star > Not Fade Away reprise