Lockn' Fest grounds (photo via Garcia's at The Cap Instagram) 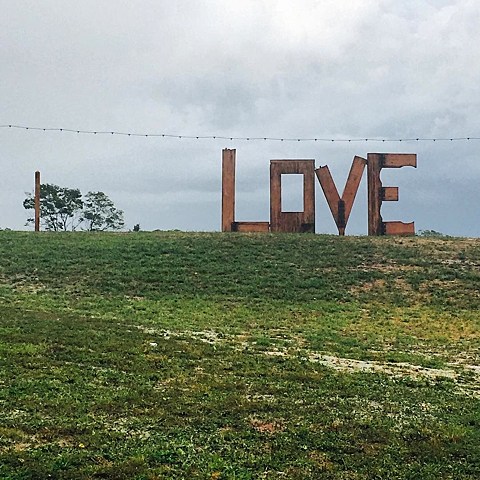 Peter Shapiro and Dave Frey's Lockn' Festival in Arrington, VA was supposed to start today (9/10) but the grounds were hit by a storm yesterday that caused all of today's performances to be cancelled, and the campgrounds have not been able to open yet. The festival organizers wrote last night:

Earlier this evening, a severe thunderstorm with high winds passed over Lockn' and caused damage to the festival grounds, particularly the parking and campground area. The good news is that no one was injured and the entire team is focused on cleaning up and preparing for a great festival. The unfortunate news is that we will be forced to delay the opening of the campgrounds and cancel Thursday's performances in order to give the team the time necessary to make sure the festival grounds are safe for both our guests and our artists.

Despite the inconvenience the storm has caused, we count ourselves lucky that everyone is safe and that we have three great days of music ahead of us. We look forward to seeing you soon.

Stay tuned for new campgrounds opening times and other updates.

This morning, they added:

Microburst delays Lockn', there will be no show on Thursday
Lockn' organizers are asking concert-goers to be patient while crews work to rebuild and replace equipment and other necessary elements. We are working diligently to resolve all matters related to guest and artist safety, and will make a further announcement two hours prior to the opening of the campgrounds.