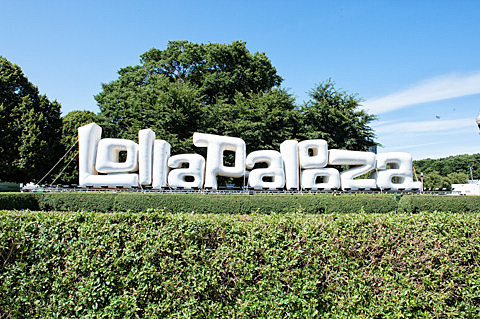 The press release below sums it all up:

As summer winds down in South America, hundreds of national and international acts will travel to Chile, Argentina, and Brazil for the musical extravaganza known as Lollapalooza.

"Our perennial trip through South America has become one of the most anticipated times of the year for my family and our extended family (of musicians)," states Perry Farrell, founder of Lollapalooza. "I have also been inviting every delightful new acquaintance to join us. They will find it to be an epic journey as well."

The third edition of Lollapalooza Brazil, taking place April 5th and 6th, comes with new international partners Time For Fun, as well as a change of venue to the Interlagos Race Track in São Paulo. The lineup will be announced on Monday, November 11th and pre-sales begin November 18th at www.lollapaloozabr.com.

Lollapalooza's flagship festival will once again take place in downtown Chicago August 1-3, 2014. While the lineup and tickets won't be available until the spring, fans can relive the 2013 fun by watching the Official Recap Video at www.lollapalooza.com.