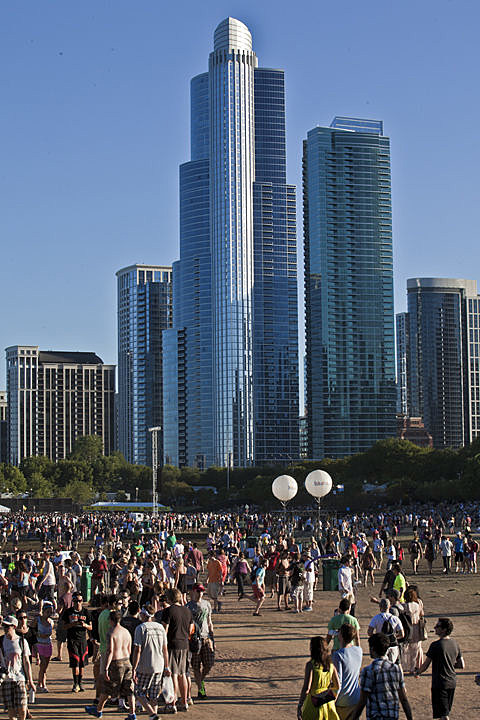 Like we did recently at Firefly (see HERE, HERE and HERE), BrooklynVegan will be set up each day of Lolla inside the Soundwave Tent from 1-3pm. If you look at the festival map, you'll see our space there right above the BMI Stage. That's where we'll be hosting live interviews and performances by a bunch of artists along with our stage hosts Billy Jones and the one and only Chris Gethard. Stay tuned for our full schedule next week to be posted on BrooklynVegan & BV Chicago, and can't wait to chow down with you in Chow Town (especially at the River Valley Ranch booth).

BrooklynVegan is also hosting a series of late shows that weekend in Chicago starting with the Weedeater show at Ultra Lounge on Thursday (tickets), Then comes a FREE Thermals show on Friday, and a FREE Russian Circles show on Saturday. More details about the last two will be posted on BV Chicago on Monday (follow @BVChicago on Twitter too).

Meanwhile it's only 7/26 while I'm typing this, and the festival we're excited about this weekend is in Rhode Island.