Loma Prieta at The Meatlocker, March 2012 (more by Katie Chirichillo) 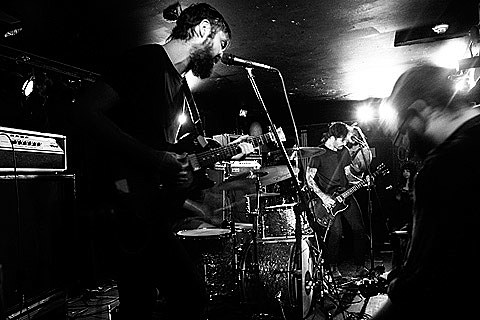 Post-hardcore/screamo band Loma Prieta, -- named after the great earthquake -- will embark on a full North American assault in March alongside touring partners Goodtime Boys. Kicking off in San Diego, look for the band to head to SXSW and later hit Brooklyn on April 2 at St. Vitus. Additional support band details and ticketing info is still TBA.

Loma Prieta released IV in 2012, and you can stream two tracks from that LP and check out a list of all tour dates below.