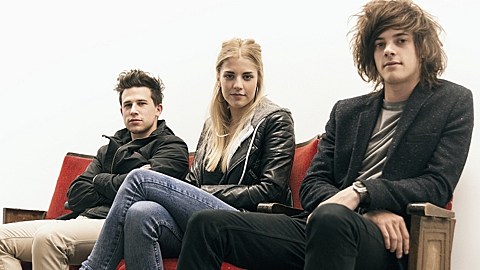 As discussed, poppy UK trio London Grammar are coming over to North America for a tour in 2014 that hits NYC for a BrooklynVegan-presented show at Irving Plaza (4/9) (tickets), and they'll also be here before that for a smaller show at Baby's All Right (1/15). Since we last spoke, they've added another small NYC show happening the day after the Baby's show at swanky Manhattan club The Box (1/16). Tickets for that show are on sale now. Updated dates are listed below.

In addition to appearing on Disclosure's album and releasing their own album this year, London Grammar just released a non-album track recorded early on in their career, "Everywhere You Go." You can stream that song, along with the updated list of tour dates, below...