London quinrtet JC Flowers formed in 2014, all five members having been friends (and in other groups) previously. Bonding over music and a rather dystopian worldview, they describe their music as "downer sounds for a blinding bright tomorrow." Or, as I thought when listening, '60s sunshine pop like The Free Design after nine million rainy days. The band released their debut single, "Ym Mthorthcawl," earlier this year and have now announced that their debut album, Driving Excitement and the Pleasure of Ownership (a phrase they saw in Auto Trader magazine), will be out May 27 via the ATP label.

The new single from the album is "Spent," and we've got the premiere of its video, which was shot in the East India Quays section of London and, as shot here on 16mm, could be something out of a JG Ballard novel. Drummer Seth Pimlott, who directed, says "Filmed near the studio where the album was recorded, 'Spent' is a surreal chase through the miserable landscapes of redevelopment in East India Quays." Singer Edgar Smith told us a little more about making the video, and the area where it was made -- London, no surprise, is also subject to the same real estate development we're seeing in U.S. cities, too -- and you can read that, and watch the video, below.

Album art, tracklist and "Ym Mthorthcawl" stream below as well.

We had the idea of filming in East India Quays after seeing some friends there last Summer, recording in this studio on a boat, docked by this sprawling 'creative hub' type place - a kind of incubated version of what happened in Hackney Wick or wherever (re-purposed shipping containers and a black cab with a tree growing out of it). It's uncannily self-contained - they're calling it 'City Island' - and surrounding it is lots of dead post-industrial space, the Emirates cable car, and wooden hut marketing suites for new developments. Being just shy of Canary Wharf and Bow it missed both 'regeneration' projects, in the '80s or for the 2012 Olympics, and you can still pick up on how flattened it got in WW2, and how neglected it was before this gearing-up now.

It's the sense of blueprinted fantasy esplanade; a riverside all-in-one eatery-cum-shopping whatever that's eating the rest of the city but at a weird blank fulcrum stage, where you feel like you can see several decades both ways, either side of the present moment, that made us think it would be appropriate for 'Spent'. There's something massive at work, but inhuman - a lifeless growth directed by a kind of 3D printing and money-laundering on a God scale, and the place itself is so bleak and nondescript it feels like a huge joke.

We had a fun day filming up and down on the DLR line with a clunky 16mm Bolex, avoiding the £250/hr license and the hi vis, subcontracted staff enforcing that and other rules (the trains drive themselves). 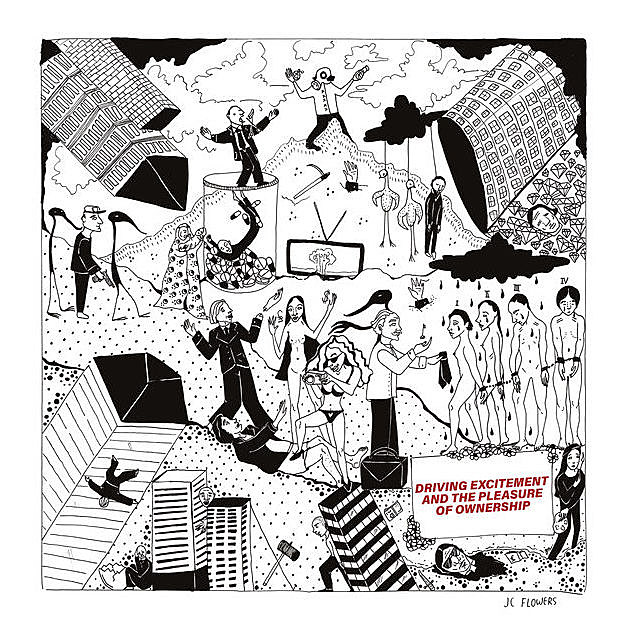