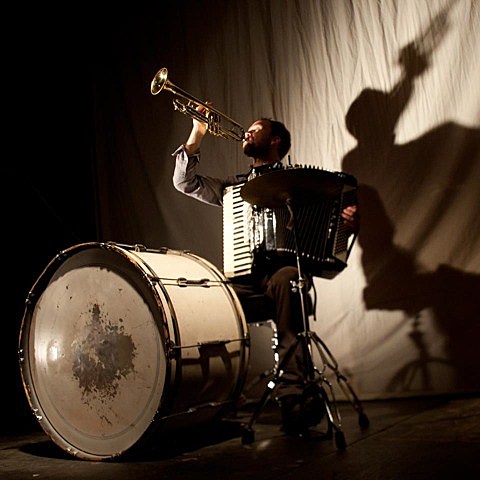 Lonesome Leash (aka Walt McClements, a touring member and collaborator of Dark Dark Dark, and also a member of punk orchestra Why Are We Building Such a Big Ship? and New Orleans' Panorama Jazz Band) is releasing his debut album, I am No Captain, on January 1. It's a freaky, folky album that should appeal to people who like their Decemberists/Mountain Goats cut with a little Gypsy flavor. He recently revealed the first single, "Ghosts," and we've now got another album cut for you, the appropriately titled "Feeding Frenzy," which is making its premiere in this post. You can stream both of those below.

Lonesome Leash is taking the record on tour early next month/year, which includes a record release show in Brooklyn at Sycamore on January 4. The tour also includes a TBA show taking place one day later (1/5).

Song streams and a list of all dates below...