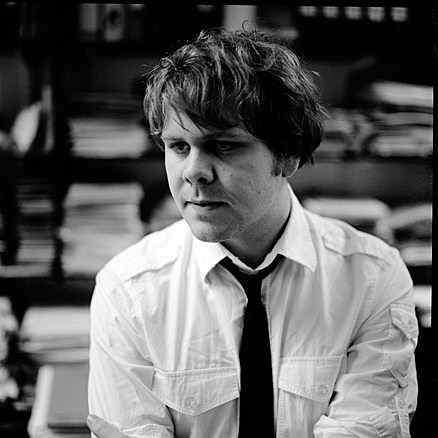 I'm excited for Ida Maria, but those shows are a month away. As for this week, you may remember Loney Dear are in town to play two shows with fellow Swedes Melpo Mene. For most of us this will be our first taste of their new album, Dear John, which is out on Polyvinyl on Jan. 27. If the track at the top of this post, "Airport Surroundings," is any indication, the new album is going to be a lot more synthy. And is it just me or does that track start out sounding a little like Warnen G's "Regulate"?

In addition to Melpo Mene (who I wrote about before), the Mercury Lounge show Wednesday (12/10) night also features locals Boy Genius who are getting ready to record their new album with producer Mitch Easter (R.E.M., Pavement, and his own band, Let's Active). The Bell House show on Friday (12/12) is part of Union Hall/Bell House talent booker Skippy's 40th birthday party. Takka Takka and Alina Simone are also on the bill. There could be other surprises too, you never know.

Melpo Mene also has a couple shows in addition to the ones with Loney, Dear. He'll play Rockwood Music Hall on Thursday (12/11, 11PM) and and an early (6PM) free show upstairs at Cake Shop on Friday (12/12). Go see him if you can.

Next Thursday (12/18), why not hit Stanton Public from 8-10 for the AC Newman's Get Guilty listening party? It's free beer n' booze too, you just need to RSVP at Insound. You can get one track from Get Guilty on Matador's free download Intended Play sampler, and another MP3, both at the top of this post. Plus, Carl just announced some 2009 tour dates.

One final pick for this week: I highly recommend checking out School of Seven Bells at Mercury Lounge on Monday. Their debut, Alpinisms, is one of my favorite albums of 2009, and the band just got back from opening for M83 so I have a feeling they probably won't be playing places this small for much longer. And when they can get all their crazy equipment working, it's a mezmerizing show. Some of their videos below...

School of Seven Bells - Half Asleep