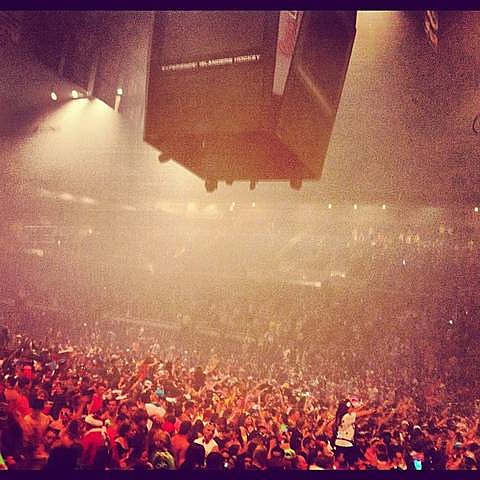 As if they didn't take a big enough hit when they found out they lost the Islanders, The Haunted Coliseum, a rave party that went down at Nassau Coliseum on Saturday (10/27) with Sebastian Ingrosso of Swedish House Mafia, DJ Alesso and Otto Knows was cut short due to some pre-Sandy (and unrelated to Sandy) "chaos" caused by drunk teens (between 14 and 18) apparently needing medical assistance less than an hour into the show. Nassau County police Inspector Kenneth Lack said, "We started getting calls for multiple aided cases for highly intoxicated individuals whether it be on alcohol or controlled substances. As soon as it reached a level where it became apparent that something was going desperately wrong, we made the decision to close it down for the good of public safety."

The situation was made worse when when a helicopter pilot decided to land his bird in a grassy area near the coliseum where there were reportedly about 20 people. The 44-year-old pilot was arrested and his helicopter impounded. Needless to say, many of the attendees are unhappy their party was shut down and have been venting their rage on Haunted Coliseum'sFacebook page. 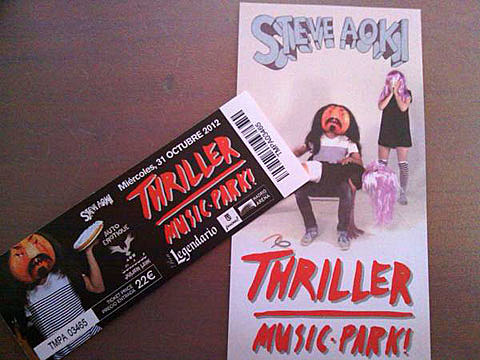 Meanwhile, three people died in Madrid last night (10/31) at a massive Halloween party headlined by Steve Aoki where 20,000 revelers crowded into the Madrid Arena which is meant hold half that. El Pais reports that trouble started when a disturbance in the crowd started a stampede towards the exits and the deaths were caused by  "trauma by crushing, possibly having suffered a fall and being trampled." Police are still investigating.

Steve Aoki, who cancelled his show in Bilbao tonight, has issued a statement. You can read it below...

After my performance last night at Thriller Music Park at the Madrid Arena in Spain, I was devastated to hear that three people had died during a crowd rush at one of the exits. The safety of my fans has always been my top priority and had I known that there was any distress putting people in jeopardy within the venue I would have ended my show immediately. My show in Bilbao Spain tonight will be cancelled out of respect for those who lost their lives and those who are injured. I would like to express my deepest condolences and heart felt prayers to the families and loved ones during this difficult time.