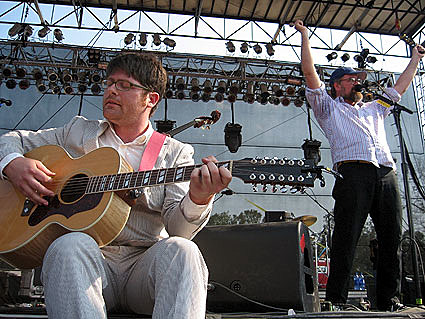 In all fairness, I should probably recuse myself from reviewing the Decembrists. They are a band I know, we’ve toured together and I’ve appeared in one of their music videos. Also, Decembrist Chris Funk guested on the Long Winters’ most recent album. I can’t possibly review their show impartially, because I like them too much.

On the other hand, I’ve been in a “fake feud” with them for several years, involving some “smack talking” and pranking, which despite my best efforts has failed to catch fire mostly because they reciprocate too passively. (I think they’re holding out for a fake feud with Sufjan Stevens or something). So I can’t really be trusted not to call them a bunch of fruity, Vaudeville, pirate-song-singing sissies just to burn their britches a little.

But in this instance I’m acting as a professional journalist and I must honor my caste by reporting the news without adornment. They played their epic song, "The Tain," which was a bold choice, and their kitchy theatricality played exceptionally well with the big crowd.

At one point Colin led the audience in bidding the sun to set, and the effect was like a pagan ceremony — 15,000 people all motioning in unison toward the sun. In the end Mavis Staples joined them for a song, which was a little like... Like... Well, there is no better analogy for an unfathomable incongruity than: Like Mavis Staples jamming with the Decembrists. [John Roderick]

John was not as nice about the Hold Steady....

These fellows have a rabid popularity that leaves me deeply conflicted. Although their live show is undeniably full of energy, full of engagement, and full of whimsy, their music is full of s--t.

...which I guess serves the Hold Steady right for recently talking s--t about Jim Morrisson and The Doors. 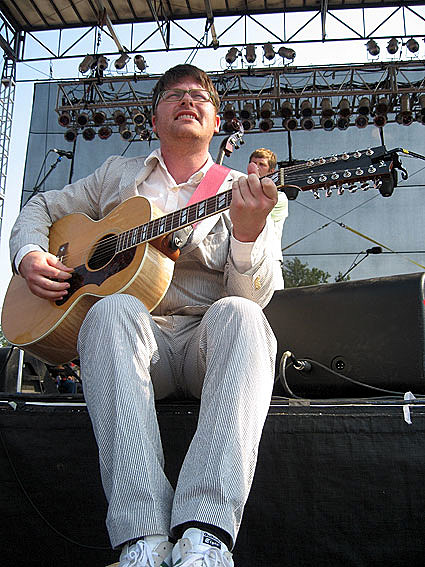 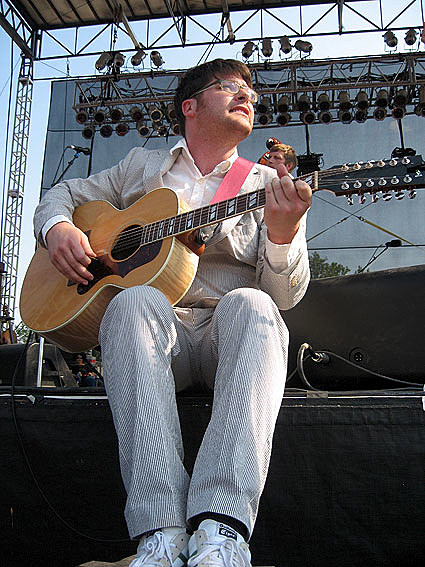