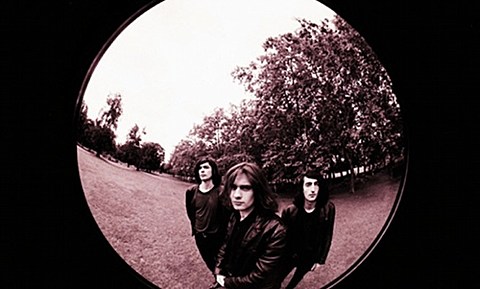 Existing for a barely five years, UK psych band Loop were one of the most perfectly-named bands ever. Rarely bothering with verse-chorus-verse song structure, the South London group took a riff and added layer upon layer till it had its own gravitational field. They were heavy, man, and got heavier as they went along. The band made three album and two of them (1987's Heaven's End and 1990's A Guilded Eternity) are genuine cult classics.

Bill wrote the above when Loop reformed for ATP UK last year, and as you may have noticed, that reformation is continuing into this year. The band was recently announced for Austin Psych Fest, and when we saw that announcement we hoped it meant other North American shows too. Turns out it does. The band have just announced a NYC show happening before Psych Fest on April 17 at Le Poisson Rouge. Tickets for the show are on sale now.

UPDATE: A full tour was announced, and all dates are listed, along with a video of Loop live in 2013 and a stream one of their classic LPs, below...

Loop - "The Nail Will Burn" live at Leeds Brudenell Social 2013