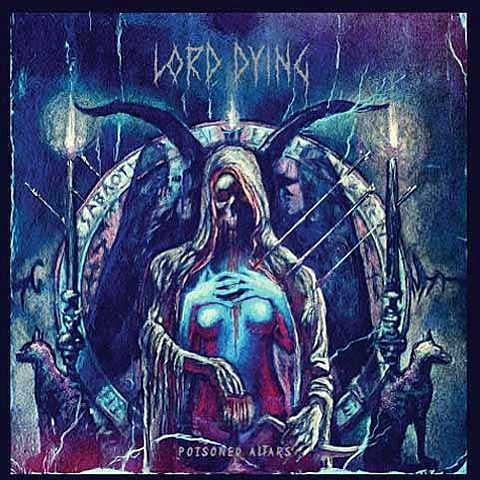 Portland sludgesters Lord Dying will release Poisoned Altars, the followup to their great 2013 debut on Relapse, Summon the Faithless, on January 27 via the same label. It was produced by Joel Grind of Toxic Holocaust, and like its predecessor it's full of Mastodon/High on Fire-style riffage and shouted vocals. Lord Dying are far from the only modern band doing that kind of thing, but only a few are making records as consistently great and with as much universal appeal as Poisoned Alters. Get a taste of the new LP for yourself from the singles "A Wound Outside Of Time" and "An Open Sore," the latter of which features guest vocals by Aaron Beam of fellow Portland band Red Fang.

Lord Dying have a ton of tour dates in support of the album lined up starting this month and running through mid-May. Most of that tour is opening for Anvil, the '80s metal band who faded into obscurity until their 2008 documentary, with Sunlord joining them too. The Anvil/Lord Dying/Sunlord run hits NYC on February 5 at The Shop, the new Bushwick venue/restaurant/motorcycle garage where Kayo Dot is also playing soon. Tix info TBA.

Lord Dying - "A Wound Outside of Time"