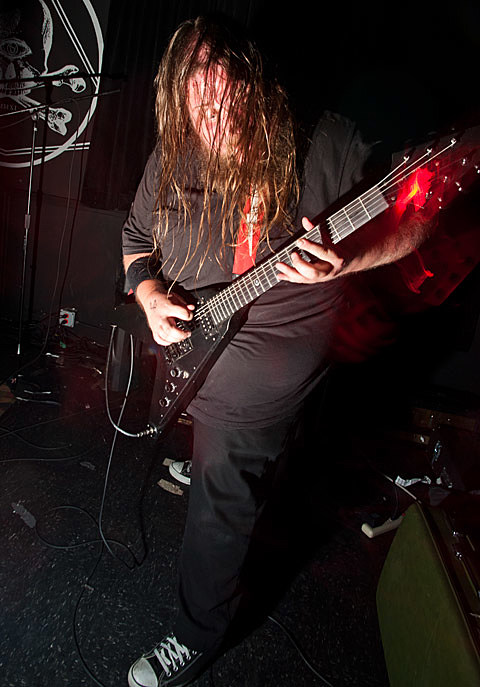 It's always great when a band you don't know anything about remind you that for every oversaturated, PR-drenched crew of mediocrity there is also a similarly underrated band waiting to knock your socks off. For me, that band was Lord Dying at Saint Vitus last year, and now the Northwestern gang is readying another US tour and preparing to release their Relapse debut, Summon The Faithless. Order yours at Relapse but meanwhile you can stream that sludgy, High-on-Fire/Mastodon-ian-influenced effort in full below.

Their tour heads eastward, tagging show shows before linking up with HOWL on the East Coast. That pairing will hit NYC for a show at Coco66 on July 27. All Lord Dying/Howl dates are below.