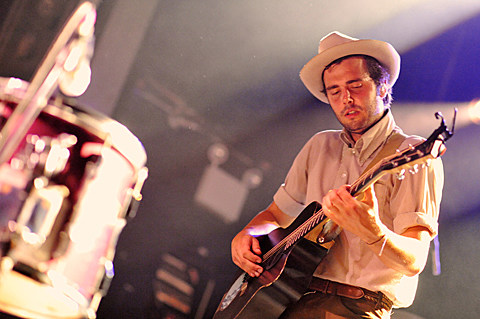 Lord Huron just wrapped up their tour supporting Alt-J, and have now announced their largest headlining North American tour yet.

When main man Ben Schneider debuted the indie folk collective back in 2010 with the Mighty and Into the Sun EPs, he was leaning towards post-Animal Collective freak folk, but by the time he released his 2012 debut full length, Lonesome Dreams, he took on the cleaner approach of the harmony-laden folk pop that's been experiencing success recently. The new sound saw Ben & co. headlining increasingly larger venues, and on this new tour they'll play their largest headlining NYC show yet on February 7 at Terminal 5. Tickets for that show go on sale Friday (10/4) at noon with an AmEx presale starting Wednesday (10/2) at noon.

All tour dates are listed, along with a video, below...