Lord Huron at Mercury Lounge in 2012 (more by Dan Bracaglia) 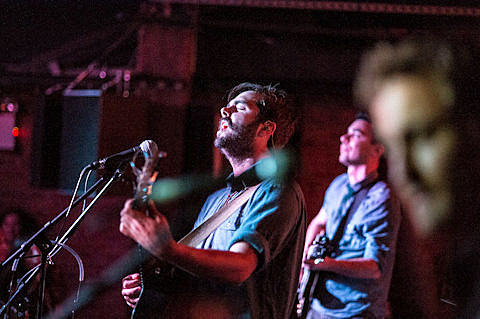 Lord Huron, whose 2012 debut LP, Lonesome Dreams was one of the catchier albums of folk's recent indie/mainstream collide, are continuing to tour in support of it this February with a number of European dates scheduled and a stop in Brooklyn on their way home to LA. The Brooklyn show happens on February 23 at Music Hall of Williamsburg. Tickets for that show go on sale Friday (1/11) at noon.

A list of all dates, the video for "Time To Run," and a spotify stream of Lonesome Dreams, are below...