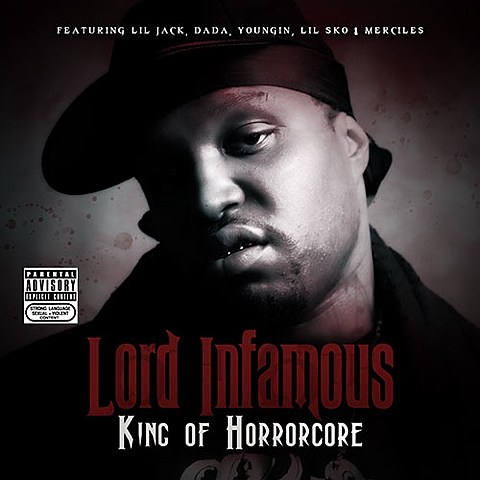 "When I woke up this morning, they was telling me that this had happened," DJ Paul continued. "I didn't believe it at first, they was like, 'Ricky died,' and I'm like, 'Ricky who?' and I was like, 'Get the fuck outta here.' I couldn't believe it even though I was kind of preparing for it just because one day he was talking kind of crazy a couple of weeks ago and he was like, 'I think I've got four months to live,' and this and that and I was like, 'No you don't, get outta here.' He was telling the same thing to his momma last week." [HipHopDX]

Lord Infamous (born Ricky Dunigan), who founded Memphis rap group Three 6 Mafia in the '90s with his half brother DJ Paul (with whom the above interview is with), Juicy J and Koopsta Knicca, passed away in his sleep over the weekend. He was 40.

Lord Infamous released nine studio albums with Three 6 Mafia during their career in addition to multiple solo releases, including this year's Scarecrow Tha Terrible, Pt. Two. And while Juicy J focused on his solo career, Lord Infamous regrouped with Paul, Koopsta Knicca and other Three 6 Mafia members Crunchy Black and Gangsta Boo to form the spinoff Da Mafia 6ix who released their 6ix Commandements mixtape this year. From that HipHopDX article:

"He got a chance to see all his dreams come true," DJ Paul said when asked about Lord Infamous' role on 6ix Commandments. "Me and [Gangsta] Boo and everybody back in the studio, like he always wanted to see that 'cause we all grew up together. We was 14, 15 when it started so he was happy to see that."

Stream some classic Three 6 Mafia below...