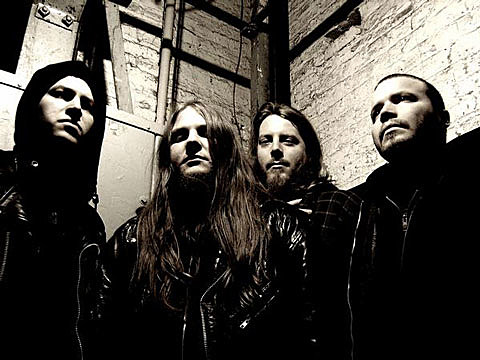 It's with great pleasure that BV and 1000 Knives are proud to present the great Lord Mantis with Sea of Bones at Union Pool on May 5th. $8 gets you in the door and the show starts promptly at 10PM. The NYC date marks a short stint of east coast dates for Lord Mantis behind Spawning the Nephilim (download the self-titled track above), the band's seriously underrated 2009 LP for Seventh Rule (one of my favorites of the year). Half of Lord Mantis is currently serving as part of Nachtmystium (oddly without long-time guitarist Jeff Wilson), who were forced to cancel their gig at New England Hardcore & Metal Fest this past weekend due to residual volcano issues.

Lord Mantis will be joined by the beyond thundering Sea of Bones, who rattled Cake Shop a few weeks ago along with Howl and Javelina. For the unfamiliar, snag Sea of Bones's Grave of The Mammoth; the band is offering it up for FREE DOWNLOAD.

Full Lord Mantis tour sked and some video is below...

LORD MANTIS - Hit By a Bus 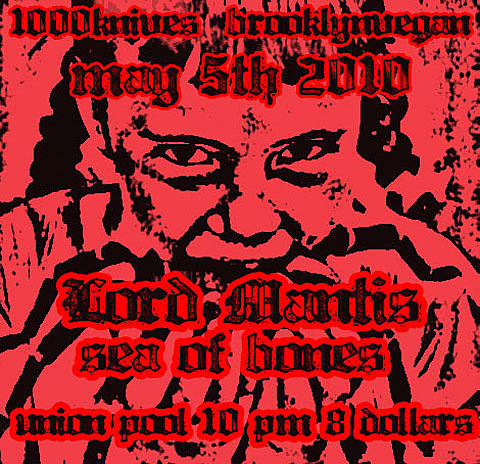