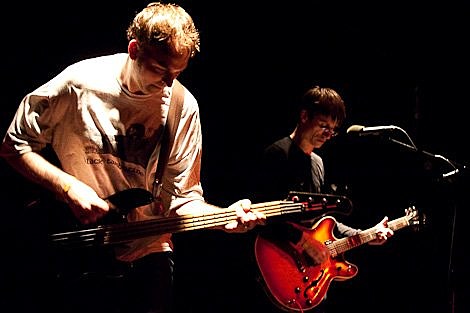 '90s era DC shoegazers Lorelei came out of retirement a in 2006 years ago, having notably played the Slumberland 20th Anniversary at Bell House in 2009 and the Chickfactor anniversary in Arlington, VA this spring. But the band are doing more than just playing a few shows, and will release a new album, Enterprising Sidewalks, on Slumberland Records this fall. You can stream their 2003 EP, Informed by the Future, at the bottom of this post.

Lorelei has a few shows scheduled this summer including one in NYC at Glasslands on July 19 with openers The New Lines. Tickets for that show are on sale now.

A list of all dates and that EP stream below...