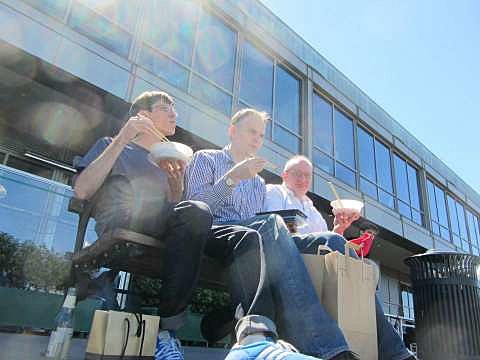 As you may have read on this very site, '90s era DC dream poppers Lorelei will release a new album, Enterprising Sidewalks, next month on Slumberland Records, the same label that put out their 1995 debut. You can download the first single from the album, "Hammer Meet Tongs," at the top of this post. It doesn't tip it's shoegaze hat till the very end, and sounds like they never left the scene.

Lorelei play Glasslands tonight (7/19), with Brooklyn baroque noisemakers The New Lines and goth-leaning locals Mansions and Junipers, making for a solid bill of music for the etherial guitar pedal enthusiasts out there. (Hoping Lorelei pull out their cover of Pale Saints' "Sight of You," too.) Tickets for tonight's show are still available. Upcoming Lorelei tour dates are listed below.