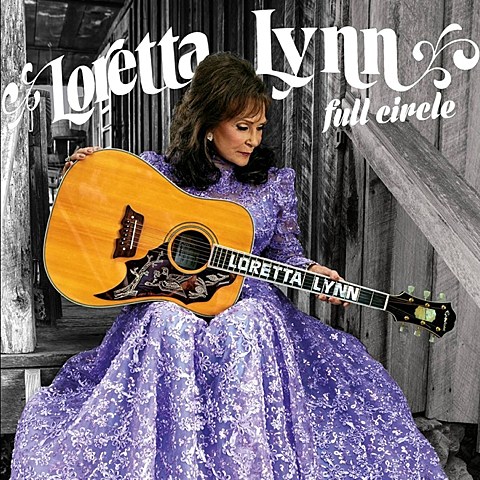 First Lady of Country Music Loretta Lynn is set to release her first album in over a decade, the followup to 2004's Jack White-produced Van Lear Rose. It's called Full Circle, it's due on March 4 via Sony Legacy, and it will feature guest vocals from Elvis Costello and Willie Nelson. The album will be released in conjunction with PBS airing the new documentary, Loretta Lynn: Still a Mountain Girl. Check out the tracklist -- a mix of standards, new takes on Loretta's older songs, and new songs -- below.

Loretta doesn't have a full tour scheduled right now, but she does have a few select shows coming up this month through May 2016. One is just outside of NYC this weekend at Tarrytown Music Hall on Sunday (11/15), though that is sold out.

All dates are listed, with a video of Loretta at Bonnaroo 2011, below...