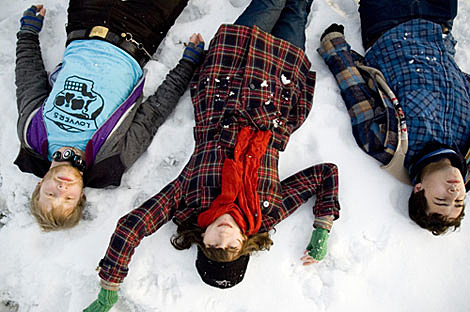 Leeds UK trio Sky Larkin, who I've talked about before, are coming back to the U.S. soon. Their March-April tour includes a run at SXSW, an East Coast mini-tour (including March 23 at Mercury Lounge with the Grates), and finally a bunch of dates with fellow UK band Los Campesinos! (who are also playing Coachella while they're here in April, and who recently completed a North American tour with Titus Andronicus).

Sky Larkin's debut album, The Golden Spike, which they recorded last year in Seattle with John Goodmason (The Long Winters, Sleater-Kinney), was released last month in England and comes out in the U.S. in April. It's chock-full of super-catchy songs, like "Beeline" to which you can watch the video below. I've seen them a few times and they're definitely worth catching, and are nice folks too.

Los Campesinos! don't have any future NYC shows scheduled, but when they were here less than a month ago they played two nights in a row at Bowery Ballroom. Pictures from one of those shows, and all tour dates (SL & LC!), below... 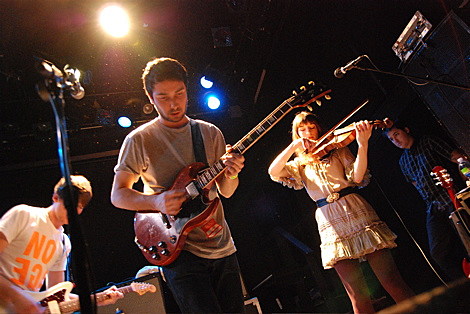 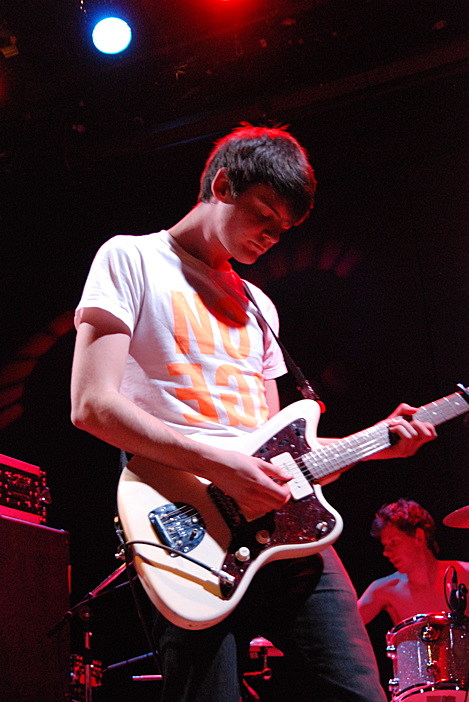 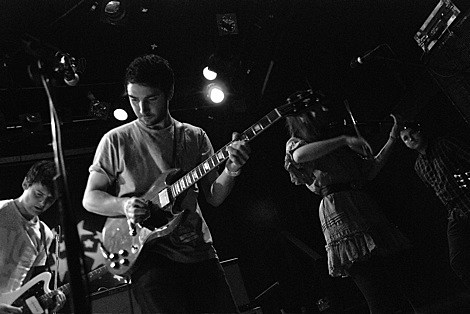 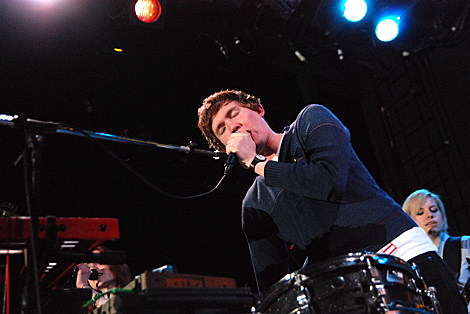 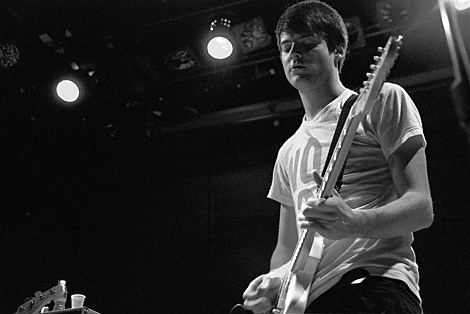 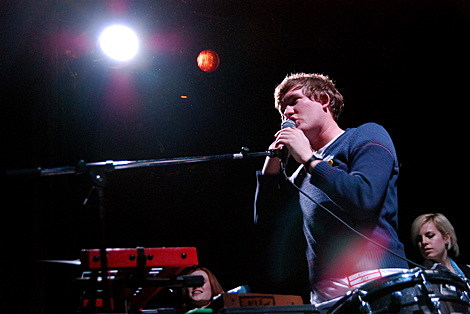 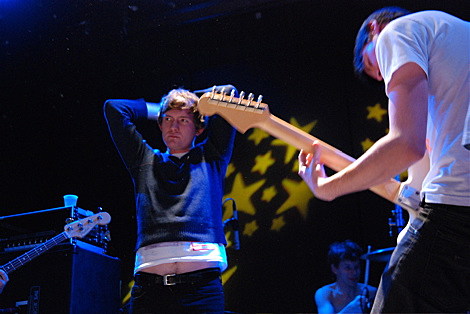 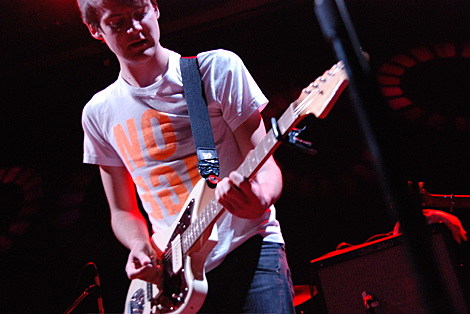 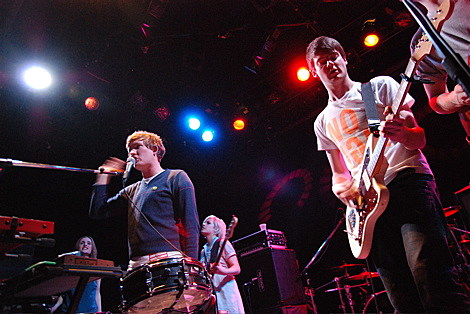 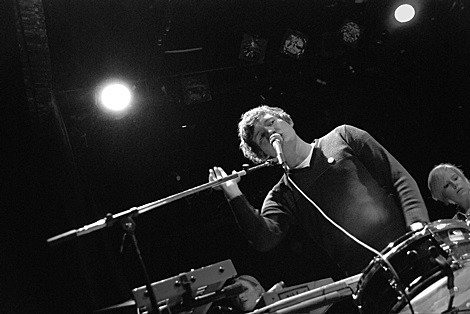 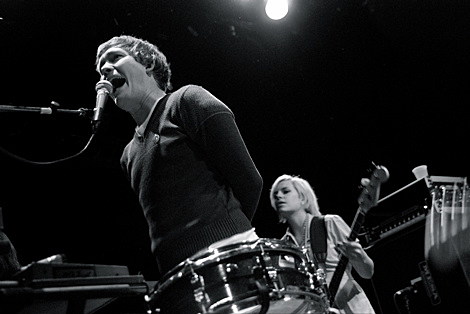 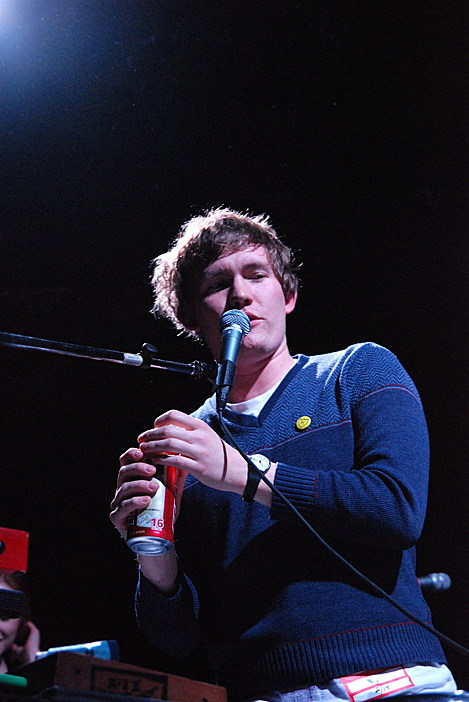 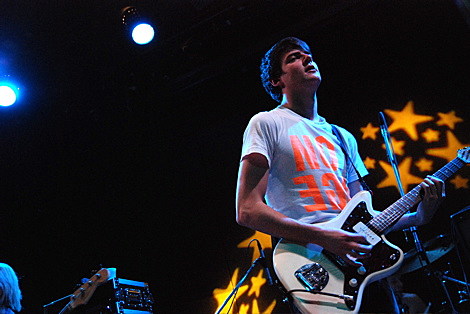 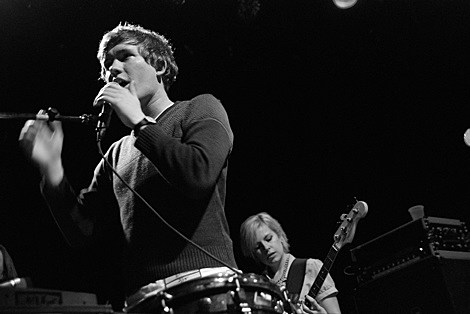 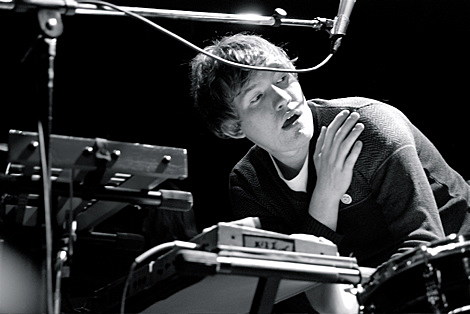 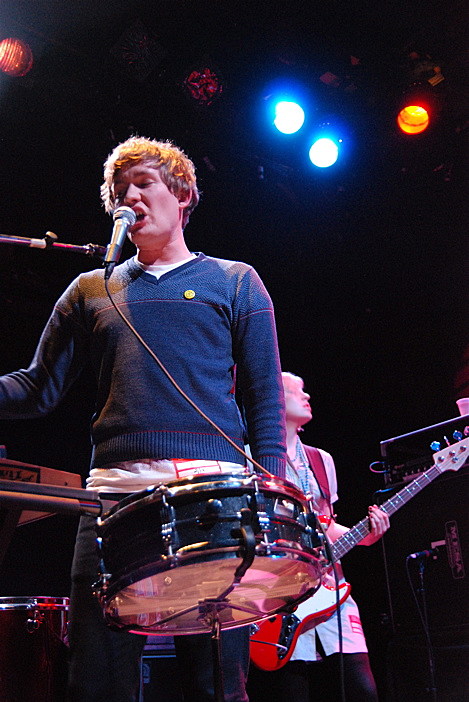