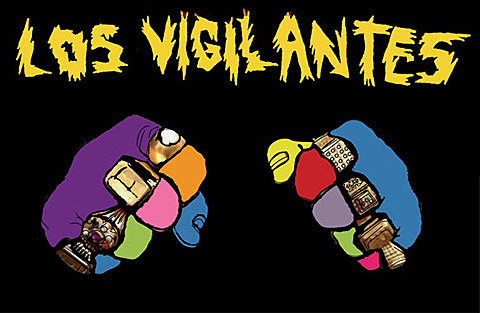 Puerto Rico's Los Vigilantes, a garage punk band with ties to another Puerto Rican band of similar style (guitarist Jota Vigilante has played as a live member of Davila 666 and played on their Tan Bajo LP), are in the US and on the road right now. All remaining dates on their tour, which started before SXSW, are listed below.

Los Vigilantes are in Ohio now and making their way to the NYC-area where they'll make an appearance at WFMU followed by a show at Don Pedro on 4/14. They play the Bell House on 4/15 as part of a show being called "Garage Fest" with Freshkills, White Mystery, Mighty Fine, and Bosco Delrey along with DJs Captain Heartlock, Charly, Drew Redmond, and Jay Space. Tickets for the Bell House are on sale.

All tour dates and a stream of the band's self-titled effort below...