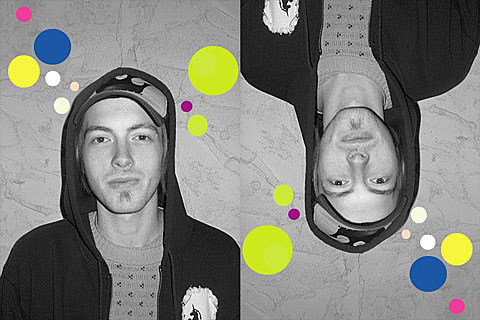 Brooklyn resident Davey Jones (no, not the late Monkees singer) stays busy. He plays in TOONS and Baked, but makes his own music as Lost Boy? and has done so for six or so years with help from a revolving cast of friends. You may have seen Lost Boy? on tour with Titus Andronicus last year. Jones is set to release a new Lost Boy? EP, Wasted, via Exploding in Sound (onetime home of Speedy Ortiz) on May 27. Pre-orders are available.The EP's "Goodbye Galaxy" is two minutes and change of bouncy, catchy indie rock that ends all too soon. (Musically, it's not too far away from Parquet Courts' skronk.) That song makes its premiere in this post.

Folks in the NYC area can catch Lost Boy? at The Deli Magazine's Northside showcase on June 12th at Silent Barn with Big Ups, Butter The Children, Weird Womb, BOYTOY and Dead Tenant.

Be on the lookout for a Lost Boy? album later this year. In the meantime, stream "Goodbye Galazy" below...