"We saw the band Previously On Lost in Brooklyn tonight. Awesome! Great meeting everybody." - Carlton Cuse 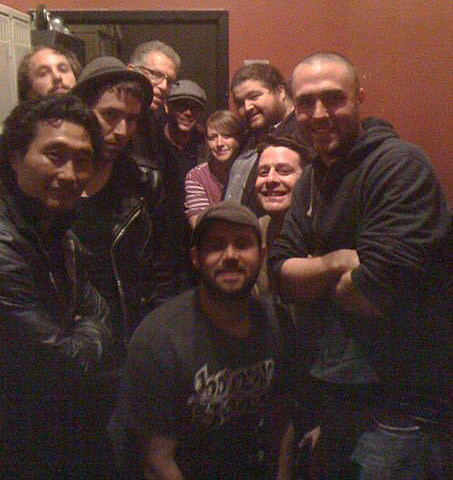 Knitting Factory hosts a Lost viewing party every Tuesday night, or I should say "used to host" because last night's 2nd-to-last episode was the venue's final Lost event. Lost tribute band Previously on Lost played a set after the show aired, and as you can see above, actual Lost cast members stopped by to check out the show. Previously on Lost's next show happens at the Lost finale party at the Bell House on Sunday (it is sold out).

UPDATE For those asking, it was in fact "Damon Lindelof and Carlton Cuse (executive producers/head writers) and Jorge Garcia (Hurley) and Daniel Day Kim (Jin)" that were there. Two more pictures that the venue sent me below... 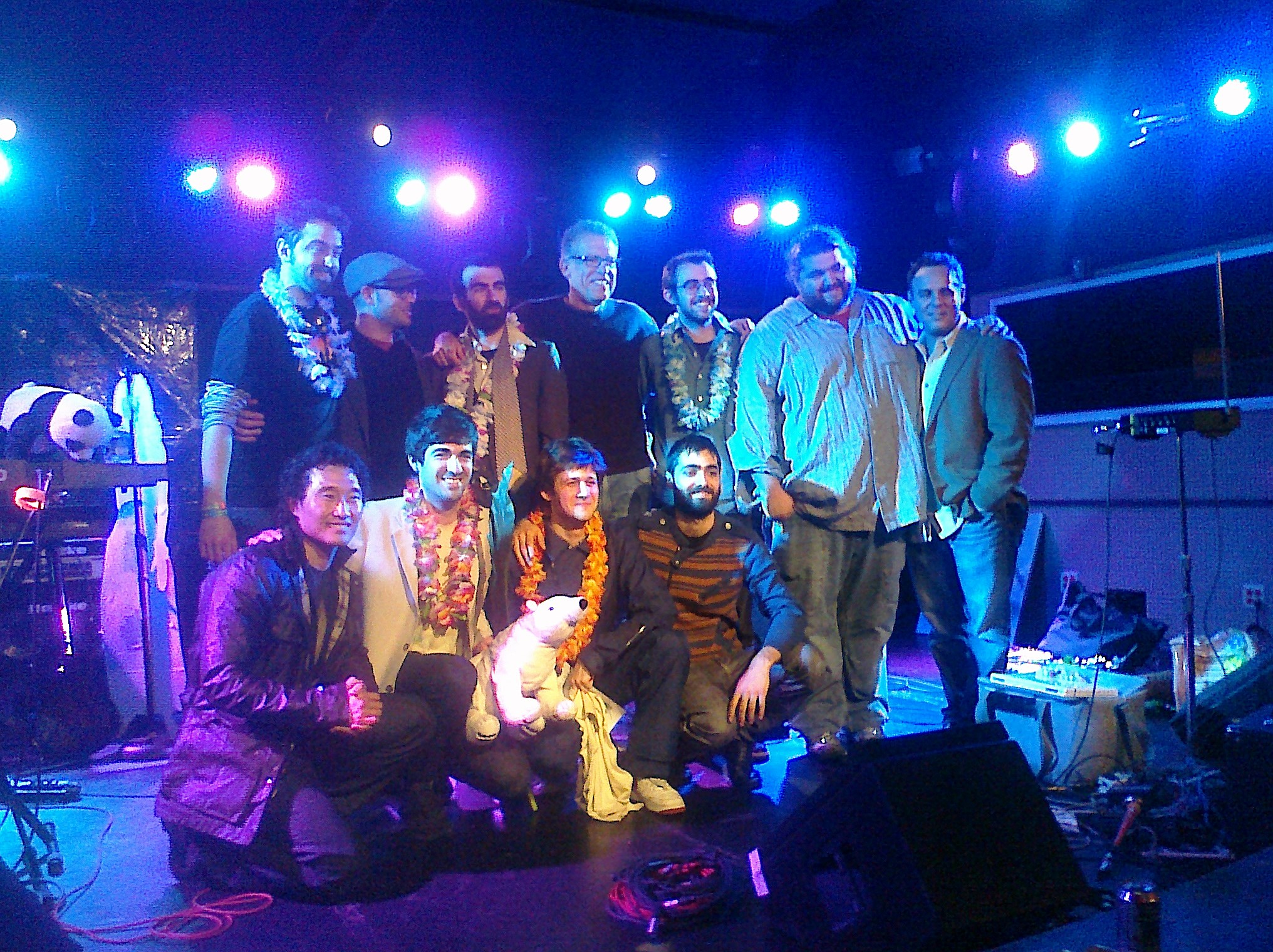 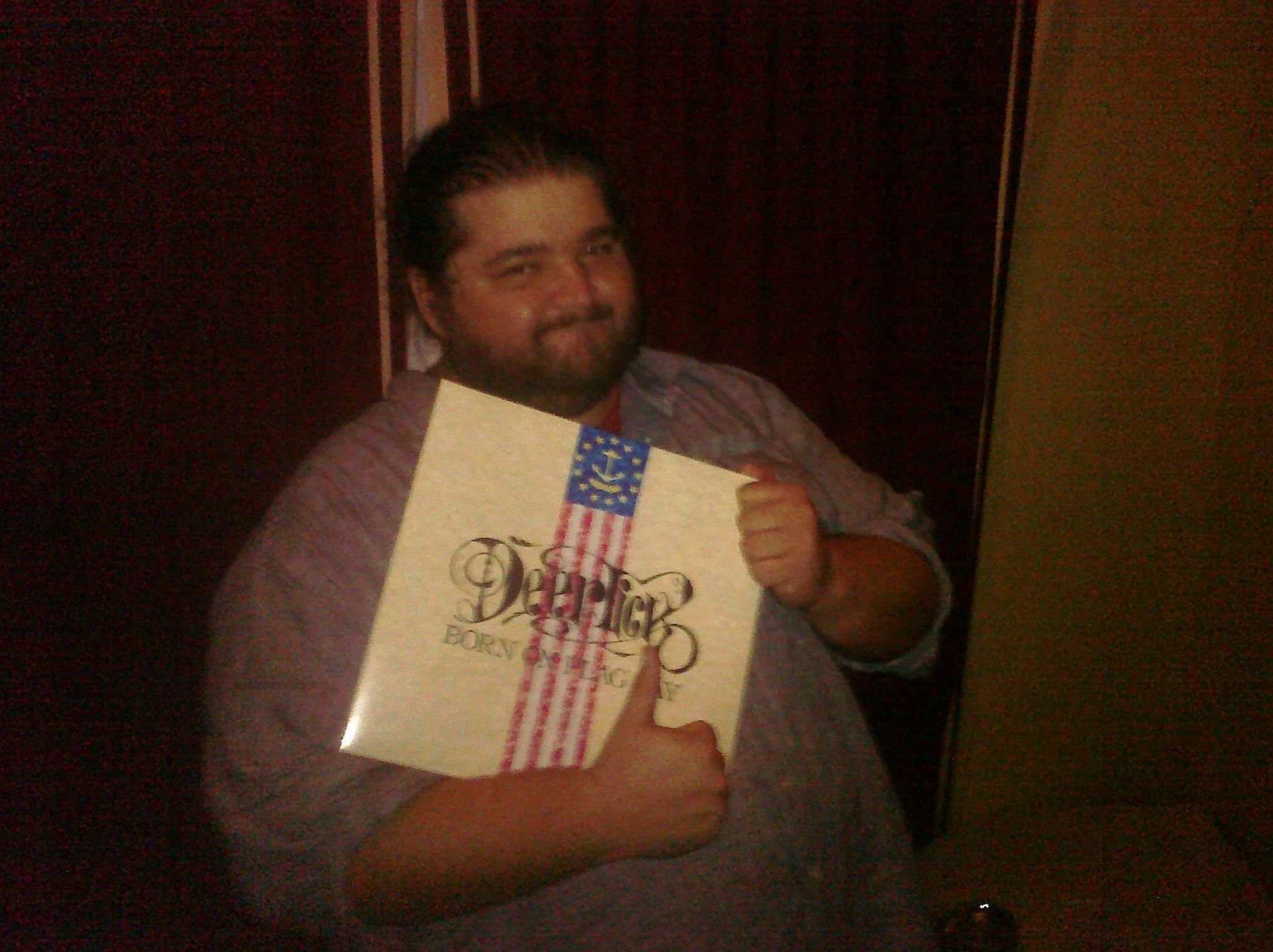