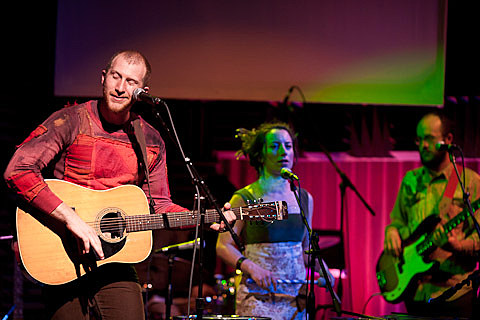 North Carolina collective Lost in the Trees played Joe's Pub Friday night (1/7), pulling out all the stops with a theatrical and soulful performance that began softly and built to a joyful crescendo.

Wearing a homemade painted shirt of his own design, frontman Ari Picker tried to engage with the audience at Joe's Pub, which was a little stiff. "How's your food?" he jokingly asked the audience who only murmured in return.

Despite the audience's lack of charisma, the band still brought it. When they played with Plants and Animals at Bowery Ballroom back in June, they punctuated their performance by hopping down into the audience and playing in the round. This time, the drama took the form of an ivory horse carried through the audience at the start of the show while Picker gently crooned "Dead Bird".

Their orchestral folk pop melds complex orchestrations with frontier lyrics about simple pleasures, family dynamics and longing. It's emotional music that is mesmerizing to both listen to and watch. The physicality the band has with their instruments - violin, cello, horns and accordion, among others - is part of the entertainment. Violinist Jenavieve Varga in particular has a muscular style that is hard to look away from.

The group played a few new tunes, as well as favorites from the current album, All Alone in an Empty House. They covered the title song, as well as "Walk Around the Lake", and finished with "Song for the Painter" as one of the encore songs.

In case you weren't able to get tickets to the sold-out show, the group will be back to play Mercury Lounge on February 7th. Tickets go on AMEX presale at noon on 1/12 and go on general sale 48 hours later.

More pictures, including a shot of the setlist, and all tour dates are below.

Lost In The Trees by Dominick Mastrangelo 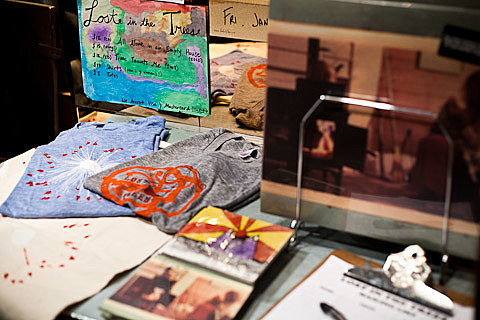 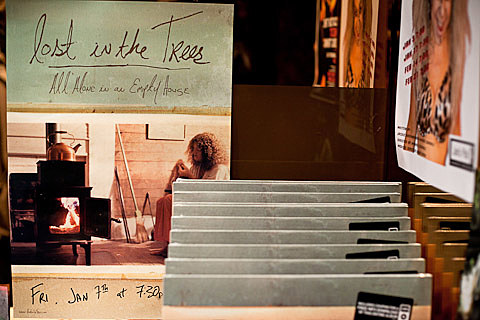 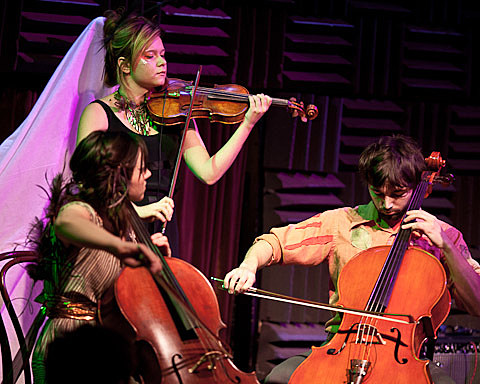 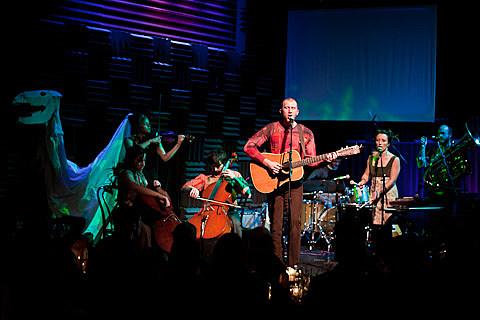 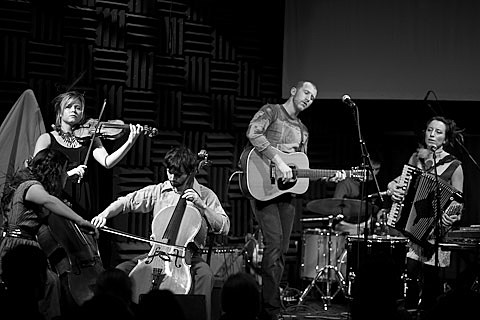 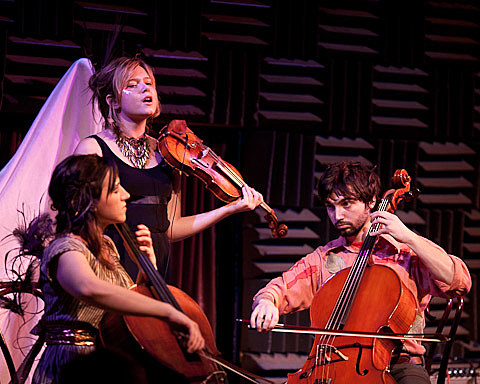 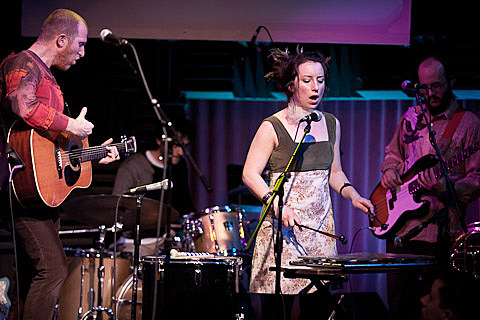 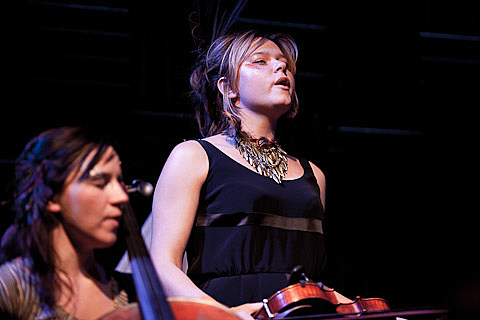 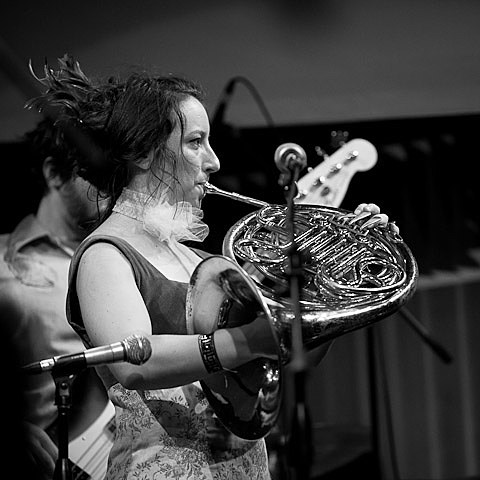 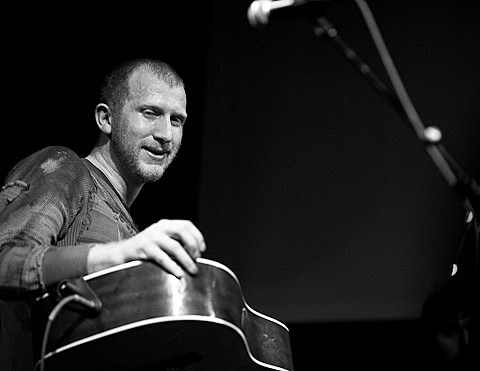 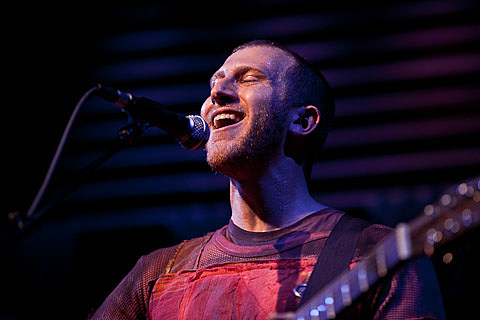 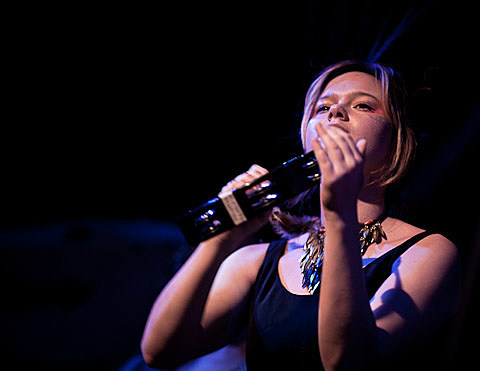 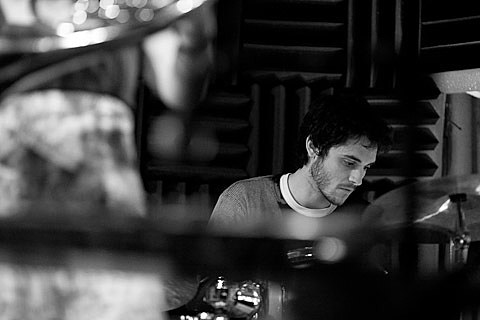 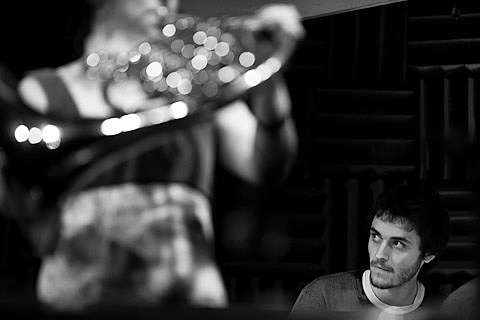 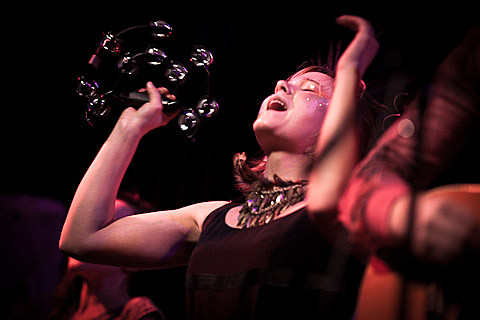 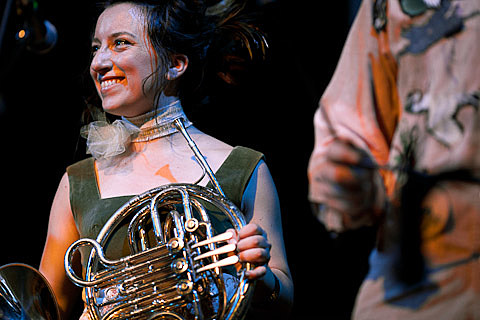 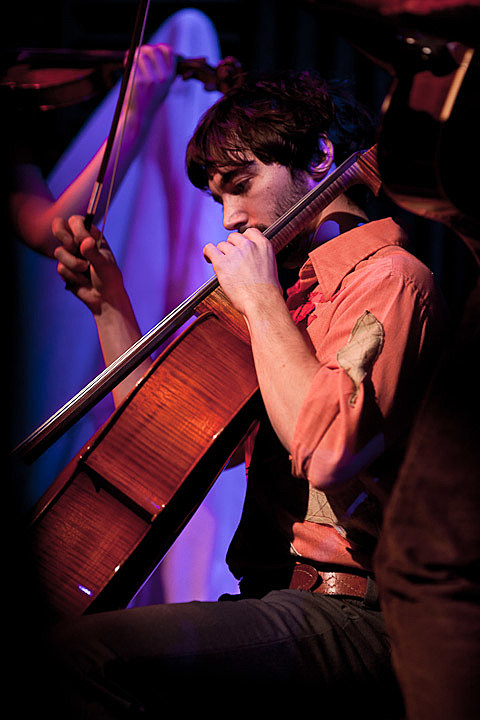 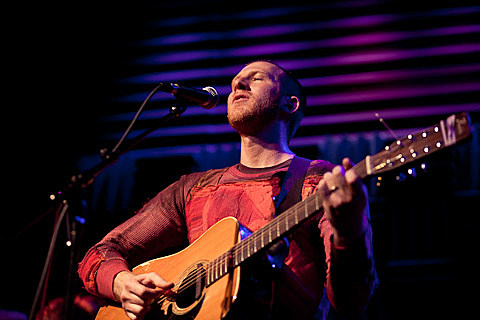 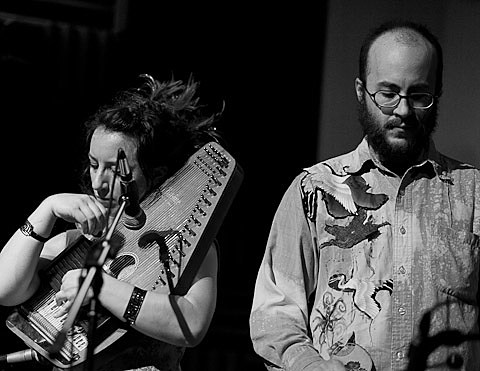 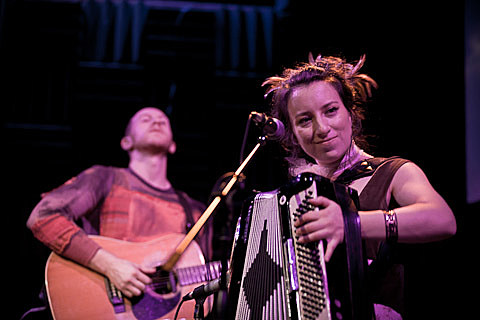 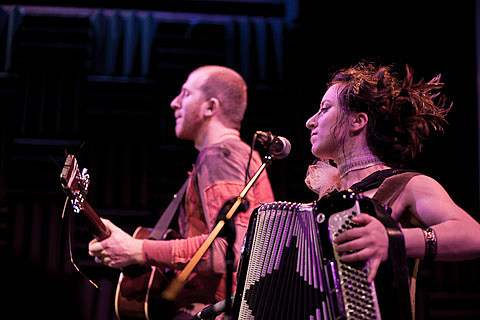 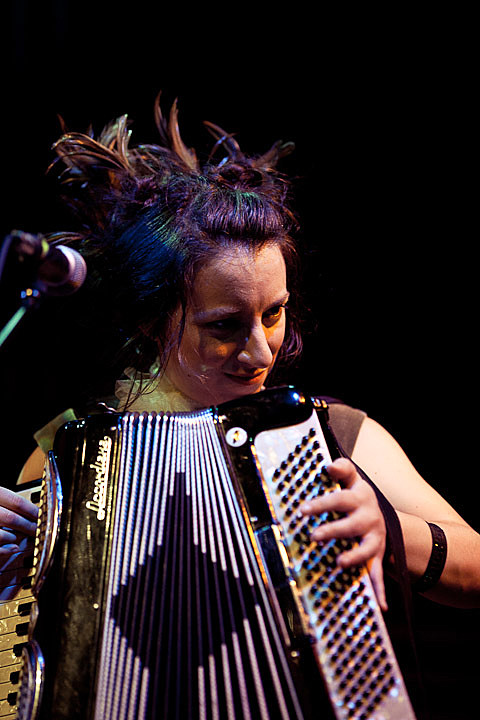 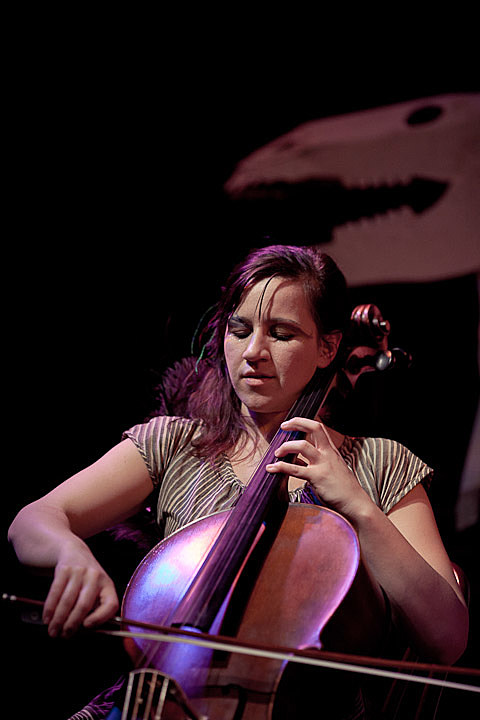 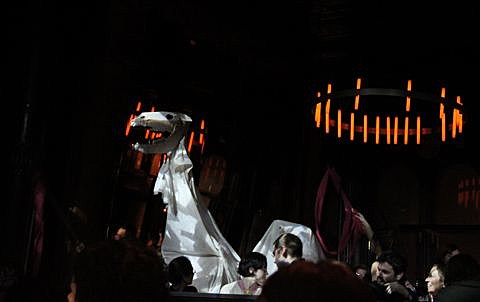 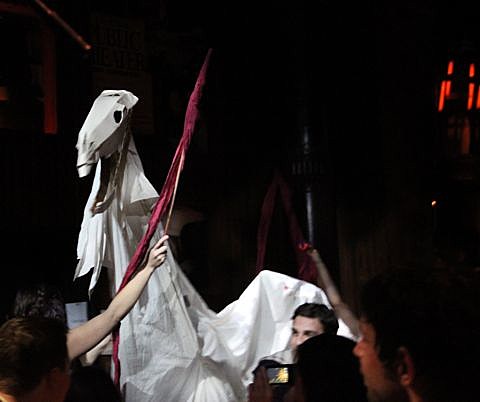 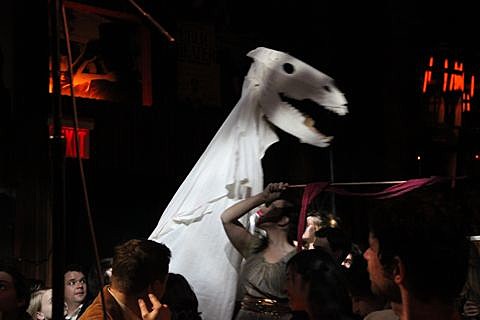 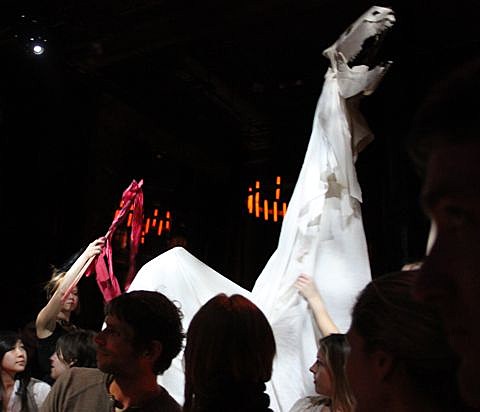 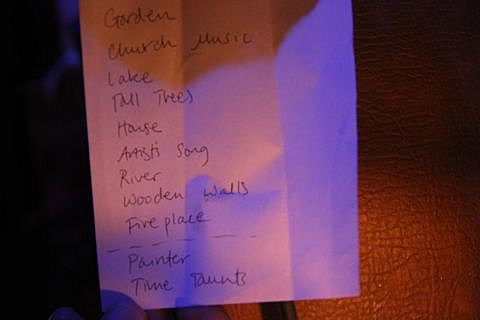