DOWNLOAD: Lost in the Trees - Walk Around the Lake (MP3) 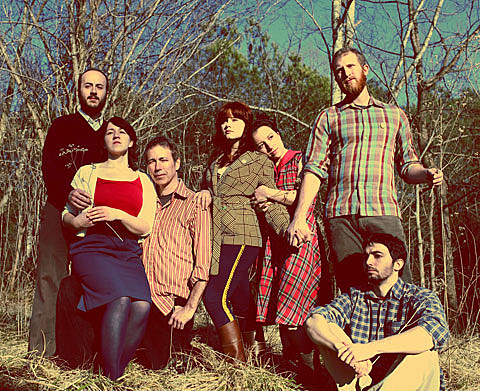 "Lost in the Trees is the music of Ari Picker, a songwriter from Chapel Hill on a bit of a mission: Take a pinch of the brilliance found in classical music and mix it with his own. Lost in the Trees is orchestral folk where the "orchestral" part isn't an afterthought. This is mighty potent stuff." [NPR]

Lost In The Trees recently released a record called All Alone In An Empty House via Anti- and Trekky Records (MP3 of one song above). Tonight, Monday, August 23rd, the North Carolina band comes to NYC to play a show at Mercury Lounge with the Loom. On Tuesday they record an NPR Tiny Desk Concert before heading back home. All dates and three videos, two of which are La Blogoteque Take Away Shows, below...

Lost in the Trees - "Walk Around The Lake" from Trekky Records on Vimeo.

Lost In The Trees | A Take Away Show | Icy River from La Blogotheque on Vimeo.

Lost In The Trees | A Take Away Show | Time Taunts Me from La Blogotheque on Vimeo.