Lou Reed at Prospect Park in 2011 (more by David Andrako) 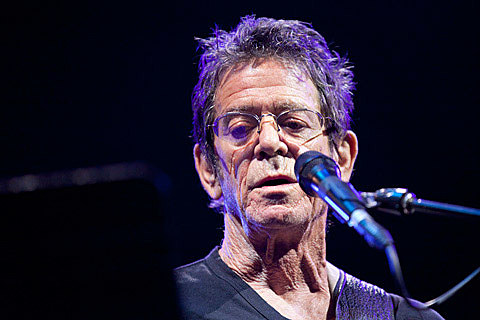 When we first announced this year's Tibet House US benefit, which is happening on February 13 at Carnegie Hall, it was surprising that a Philip Glass-curated event in NYC with Laurie Anderson wouldn't also include Lou Reed. Well, as it turns out, Lou Reed will in fact be performing at the event. As mentioned, the lineup also includes "Newcomer of the Year" James Blake, Dechen Shak-Dagsay, Rahzel, and still more to be announced. Tickets are still available.