"After the speeches, several musicians celebrated the opening, including Suzanne Vega and New York icon, singer-songwriter Lou Reed. Reed, performing solo on guitar, sang his classics 'Perfect Day' and 'Sweet Jane' and peppered his act with commentary about the heated New York real estate market and US politics. 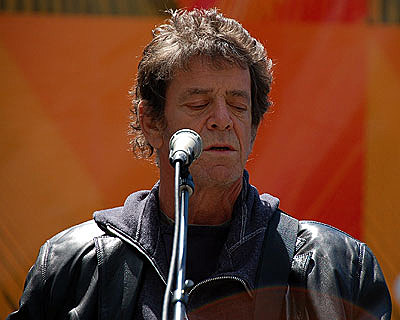 'Real estate New York! Ho ho! Who's running the show?' he sang, then took a jab at Republican Senator John McCain for his support of the US role in Iraq. Last week in New York the Arizona senator, who is seen as a strong contender for the 2008 presidential election, voiced his support of the US move as key to the war against terror. ['Have you seen John McCain's speech at the New School? He'll never get elected by anybody over sixth-grade education!' said the rocker." [Yahoo News] 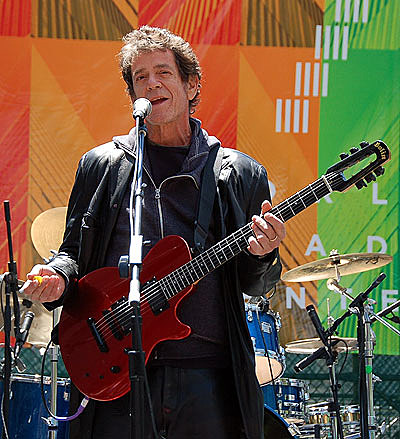 Yahoo left out the parts where Lou suggested all this building cost A LOT of money and assured the crowd he was there for us (not Silverstein). Someone also yelled "Lou Reed for President". Reed jokingly agreed it was a good idea. It wasn't until 3/4 through his two song set that he started talking either, and before that he seemed miserable to be on stage. 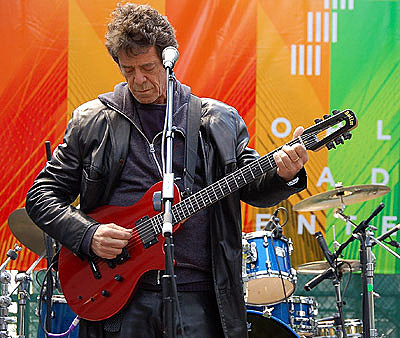 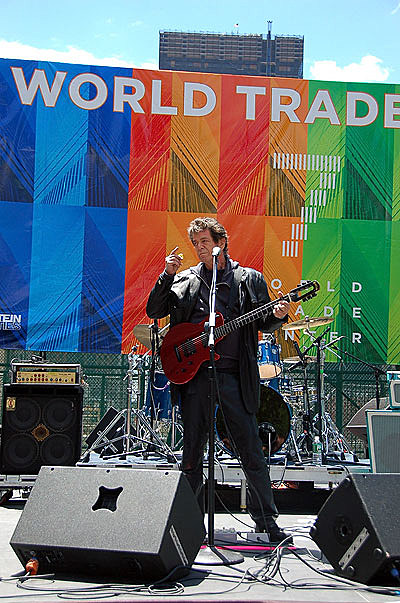 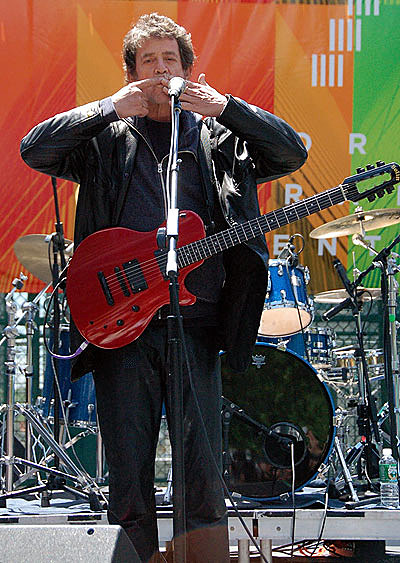 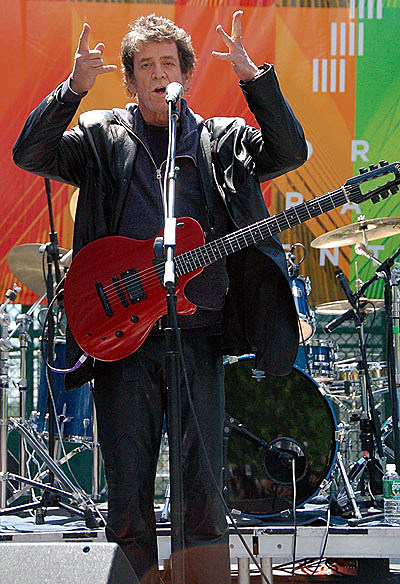 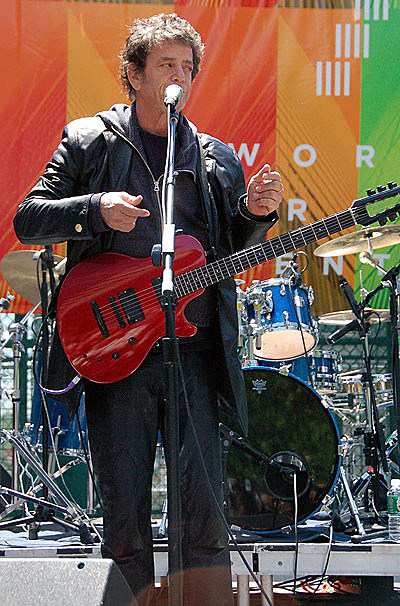 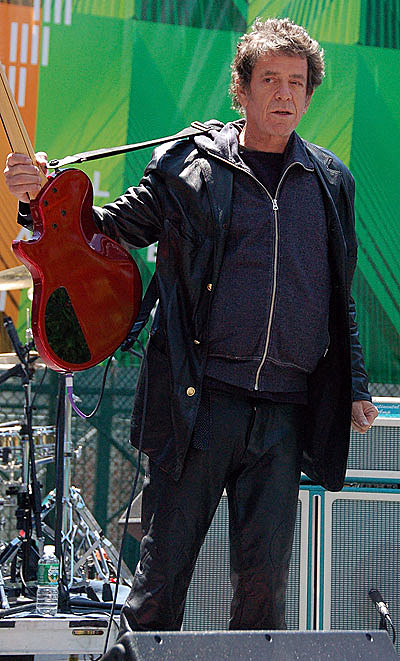 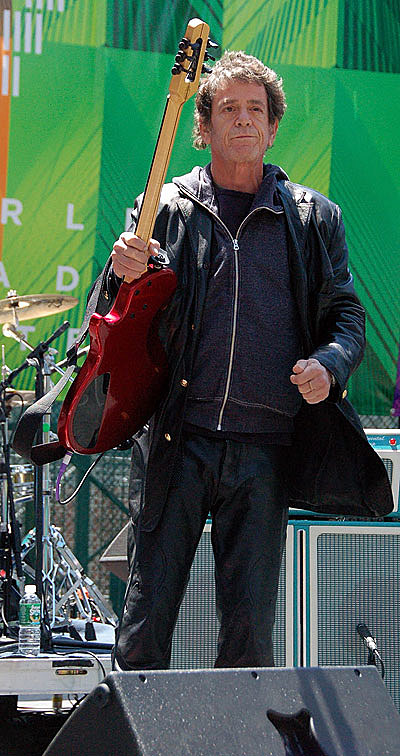