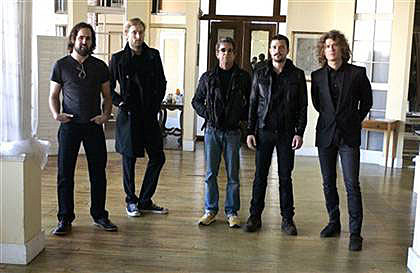 Last time I posted this, it was just the song. Now here's the real video along with some behind the scenes clips where Lou Reed talks about his love for the song and the Killers...

Watch the video for The Killers' new single "Tranquilize" that features rock legend Lou Reed. Directed by fashion photographer Anthony Mandler and filmed in New York's Hells Kitchen, the video is a dark and haunting effort that perfectly complements that song's raw lyrics and lurid, frantic melodies. Lou Reed is featured in the video as well.

The song is taken from The Killers' "Sawdust," a collection of B-sides and other rarities that will be released next week. [Arjan Writes]

The Killers, Lou Reed & Matt Pinfield - behind the scenes

Matt Pinfield was recently hanging out at R Bar (at a party he co-produced). Matt is also on the same Sirius radio station as me.

You can hear the Killers cover Joy Division on the Control soundtrack. The song plays during the movie's closing credits. 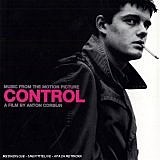