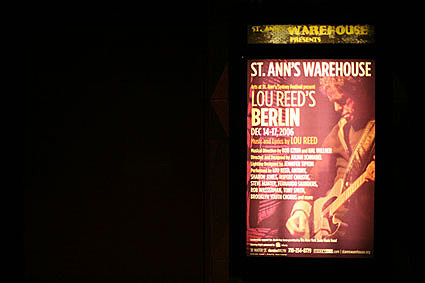 Lou Reed recorded the album Berlin in 1973.
It was a commercial failure.
Over the next 33 years, he never performed the album live. 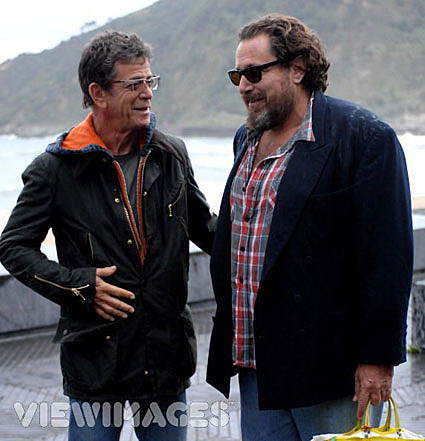 Julian Schnabel has created "Berlin" the movie based on the Brooklyn shows. Sharon Jones, Antony and many others performed in those shows (aka they are in the movie too). More info, including a SXSW screening, below...

Staging Berlin has been discussed for over 30 years and in December of 2006 it became a reality. Berlin was said to be one of the most depressing albums ever made and as it was brought to life it was far from dismal. Using the divided city of Berlin as its backdrop the story of Caroline and her lovers is told through the emotive and provocative words of Lou Reed.

With performers like Fernando Saunders, Antony, Steve Hunter, Rob Wassermann, Rupert Christie and Sharon Jones, a seven piece orchestra and the Brooklyn Youth Chorus all working to create a captivating and enveloping world, Lou Reed is able to take the audience with him as he bares witness to Caroline's self-destruction. Julian's set design create the backdrop of a hotel with greenish walls and with Lola Schnabel's films displaying the beauty and tragedy of the narrator's leading lady (played by Emmanuelle Seigner) the experience is devastating and beautiful.

will be a screening of Lou Reed's Berlin in Austin on Wed March 12 at 4pm at the Paramount Theatre.

There will be an after-party following the screening, featuring
The Ravonettes, The Black Angels and more.

Lou Reed will be the keynote speaker at this year's SXSW conference on Thurs March 13 at the Austin Convention Center.