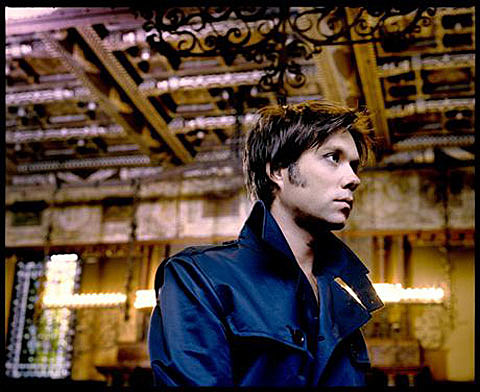 Dedicated to his art as he was, Monet famously painted his wife as she lay dying. I ask [Rufus] Wainwright if, as his mother was dying, he found himself standing back and thinking 'I must tap into this intensely emotional experience creatively'?

'I guess so. I think my mother more than anyone knew the importance of inspiration. If it was occurring, you had to use it. I felt blessed that I was able to be with her in the final month.

'She very much led the way for all of us and it was a lesson in grace and nobility. It's funny because, on the one hand, she didn't really want to hear me practising my new album, because it was making her sad [the album is an elegy to his dying mother].

'She knew she wouldn't be around when I was touring it. It was like: "This is the album he's going to be performing when I'm dead." So she very gently asked me not to play so much.' It is a touching comment: a son's desire to win his dying mother's approval coupled with an endearing lack of self-awareness. [Telegraph]

Rufus Wainwright's July 20th headlining show at the Prospect Park Bandshell is now being billed as "A Family Affair", as Rufus's dad Loudon was added to the bill in June (also don't forget, "This special performance will include a selection of songs from the Judy Garland show performed with piano accompaniment."). Tickets are still on sale for the Brooklyn show and I have a couple of pairs to give away. Details on winning those, with updated Rufus dates, below...

---
TO WIN FREE A PAIR OF FREE TICKETS to Rufus Wainwright in Prospect Park, Email BVCONTESTS@HOTMAIL.COM (subject: Rufus). Include your first and last name. Winners will be picked at random and contacted with instructions. Good luck!
---