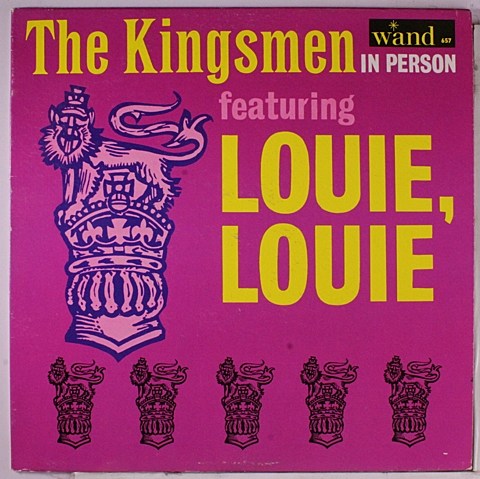 Ely, who died Tuesday at age 71, had simply walked into a tiny Portland recording studio with his band one day in 1963 to cut an instrumental version of a song that had been a hit on Pacific Northwest jukeboxes -- one that kids could dance to.

"Right out of his mouth, my father would say, 'We were initially just going to record the song as an instrumental, and at the last minute I decided I'd sing it," Ely's son, Sean Ely, told The Associated Press on Tuesday.

When it came time to do that, however, Ely discovered the sound engineer had raised the studio's only microphone several feet above his head. Then he placed Ely in the middle of his fellow musicians, all in an effort to create a better "live feel" for the recording.

The result, Ely would say over the years, was that he had to stand on his toes, lean his head back and shout as loudly as he could just to be heard over the drums and guitars.

It might not have helped, either, that the 20-year-old musician was wearing braces at the time, although Ely maintained that the real problem was trying to sing with his head tilted back at a 45-degree angle.

In any case, the end result was that about the only words anyone could clearly understand were contained in the song's first two lines: "Louie Louie. Oh no. We gotta go." [Associated Press]

The KIngsmen's Jack Ely, who sang on their best known song -- their 1963 cover of Richard Berry's "Louie Louie" -- passed away in his home in Oregon yesterday, after a long battle with illness. He was 71.