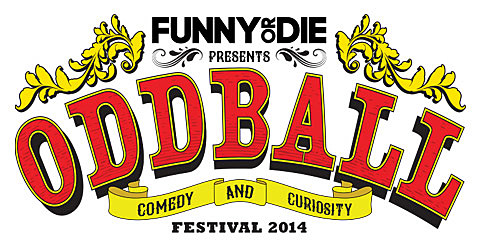 For the second year in a row, online comedy hub Funny or Die is bringing an insane lineup of comedians, entertainers, and other funny people to 20 different cities around the U.S via the Oddball Comedy & Curiosity Festival. This year, the tour includes a fantastic lineup of comedians young and old with literally someone to please everyone: Amy Schumer, Hannibal Buress, Chris Hardwick and Aziz Ansari to Louis CK, Jim Gaffigan, and Mark Maron, with even a few true oddballs (Demetri Martin, Reggie Watts) in the mix. There's also a second stage hosted by Brody Stevens. Lineup varies from venue to venue, but all announced Oddball 2014 performers are listed below.

The tour doesn't stop in NYC proper -- though Aziz has that under control on his own at MSG -- Oddball does have a few stops in the NY area: August 16 at Susquehanna Bank Center in Camden, NJ, August 17 at PNC Bank Arts Center in Holmdel, NJ, August 22 at Nikon at Jones Beach Theater. and August 23 at Xfinity Theatre in Hartford, CT.  Tickets are currently on Citi cardmember and Previous Purchasers presale and go on sale to the general public Saturday (6/28) at 10 AM. 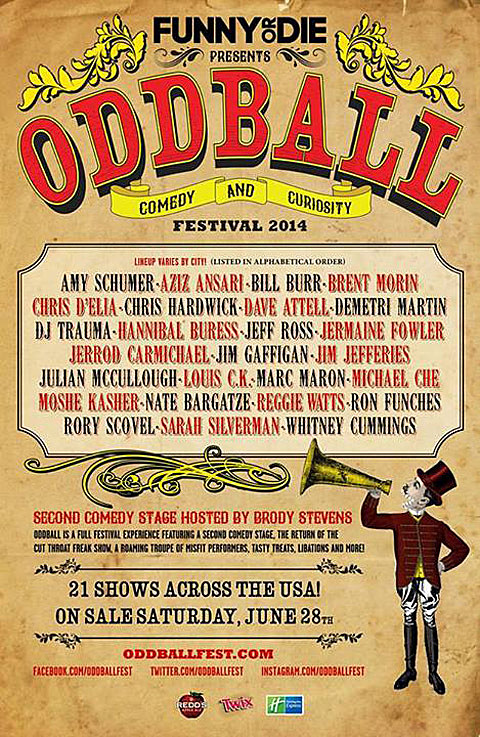