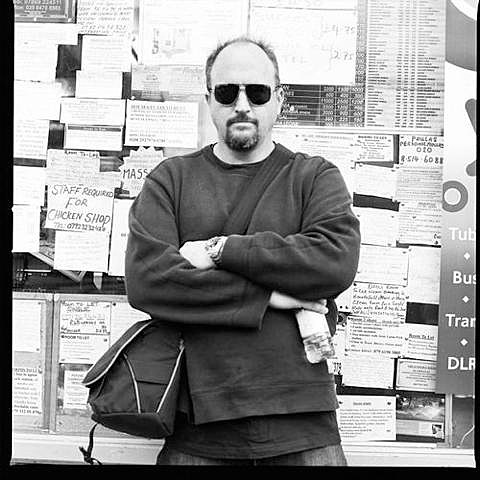 Louis CK starts his run of NYC shows at the New York City Center tonight (10/22) that goes through Sunday (10/28). He's then got a week off from his massive, self-ticketed tour which he'll spend preparing for his first-ever SNL hosting gig on November 3 with musical guest fun.

This should be interesting. Given the ammount of control the Emmy-winning comedian demands of everything he's involved in these days, it doesn't seem likely CK (who wrote for Robert Smigel's "TV Funhouse" bits) will just be thrown into another "What's Up with That?" sketch. But we shall see.

This past weekend's SNL with Bruno Mars was pretty forgettable but did include a nice short film, "Sad Mouse," which you can watch below.